Despite continuing allegations, planned protests, and another no-confidence vote Kaliňák and Fico hold to his innocence. 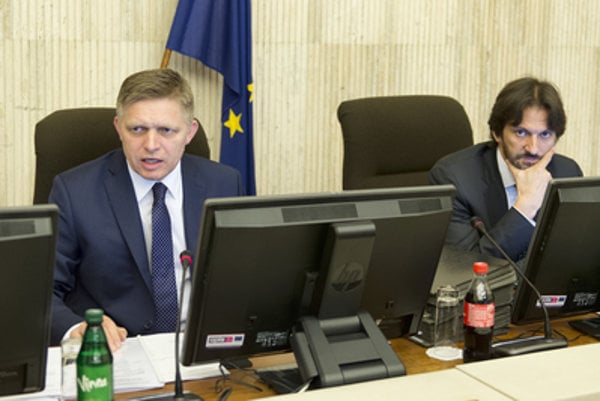 Fico commented on the recent scandal surrounding Kaliňák’s deals with businessman Ladsalv Bašternák who is suspected of VAT frauds, saying that had there been such a reason, the premier would have taken action a long time ago. Fico stressed, as quoted by the Sme daily, that Kaliňák enjoys the full trust of Smer because he proved beyond any doubt that he had not committed illegal action. The interior minister also enjoys the same level of trust from foreign counterparts otherwise no-one would talk with him, according to the Prime Minister who wants to see all suspicions against Kaliňák properly investigated.

Fico sees the only purpose behind the attacks against the minister as efforts to destabilise Slovakia at every cost and thwart its Council of the EU presidency. Fico also added that if it is proven that Bašternák committed any crime, he would move out of the businessman’s apartment complex Bonaparte. 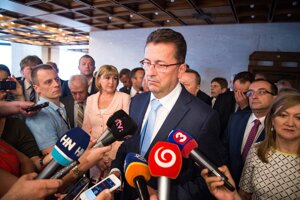 "The accusations against me are fabricated and no claim by the opposition has been confirmed as true," Kaliňák said on RTVS’ political talk show 'O 5 minut 12' (5 Minutes to 12) on June 19. “What also holds true is that I have never accepted any money from Bašternák or from his firms either directly or via a go-between, therefore, the suspicions do not hold water.” The main problem Kaliňák said, as quoted by the TASR newswire, is that the opposition releases “a tonne” of information only of a partial rather than comprehensive nature.

Kaliňák and Fico were bribed by Bašternák, opposition Ordinary People-Independent Personalities (OĽaNO-NOVA) party leader Igor Matovič told at a press conference on June 17. The bribes lie in the differences between the real value of things that Kaliňák and Fico have received from Bašternák and what they have actually paid. “…so, an active interior minister received a bribe worth €610,000 from Bašternák who was having problems with the police,” said Matovič, adding that the real rent for Fico’s flat should be €6,500 per month, plus energy charges of €800.  As over 44 months this difference has reached €195,000, this is the actual bribe provided to Fico, TASR quoted Matovič.

Fico reacted by saying that Matovič is not legally responsible for his statements as he is insane, Sme wrote.

The opposition will try for a second time to initiate a no-confidence vote in Kaliňák after a failed attempt 11 days ago.

Moreover, a public protest is planned for June 20 at 17:00 called “Protest against Thieves in Politics” in front of the Bonaparte apartment complex, Sme informed.