Opposition Kollár is against TTIP. 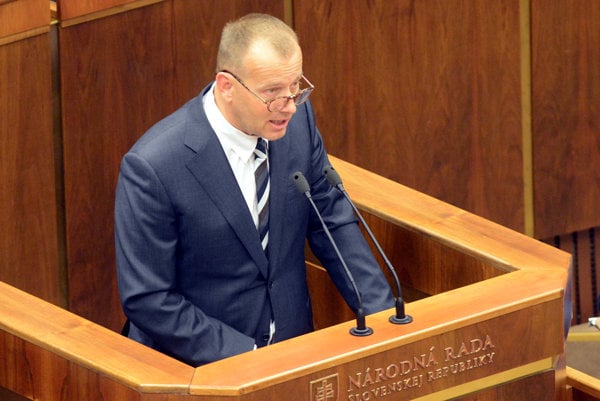 The European Commission (EC) rejects We Are Family-Boris Kollár’s opinions that the Transatlantic Trade and Investment Partnership (TTIP) will only benefit large corporations, while ordinary people will largely lose, head of the EC Representation in Slovakia Andrej Králik said on June 20.

The TTIP should first be voted on by the national parliaments of individual member states and also preceded by a referendum, said Kollár.

“We’re giving away an enormous package of powers by acceding to the TTIP,” emphasised Kollár at a press conference earlier on June 20. “We need to realise that on one hand, there are the people of the United States and of the EU, and, on the other, there are corporations. We’re not against the TTIP because we’re against Americans, but because we’re against corporations.”

EU member countries and entrepreneurs expect from TTIP that it would lift customs and technical obstacles in trade, facilitate access to the market, remove useless duplicities and formalities and make trading between the two sides easier, according to Králik. Simultaneously the EU pushes for access of European companies to public procurement, which is very limited for now.

“Mainly small and medium-sized enterprises will benefit from the treaty ... We need to support mainly the self-employed and SMEs to be able to make better use of the benefits of free trade,” said Králik, adding that Slovakia’s economy is largely based on export and should benefit from TTIP.

Moreover, the removal of trade barriers by TTIP will have a positive effect on employment and Slovakia’s overall economic growth, added Králik.