Regardless of the referendum’s result, a more efficient Union that is closer to people and dealing with problems that people understand should be a response. 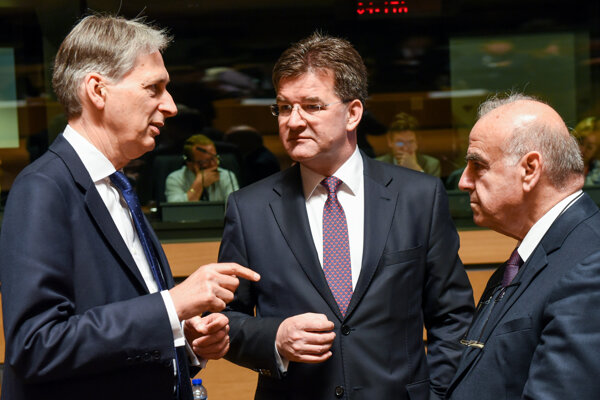 Slovakia hopes Britain remains an EU member, as it is mutually beneficial for both Britain and the EU, Foreign and European Affairs Minister Miroslav Lajčák said following the Foreign Affairs Council’s meeting in Luxembourg on June 20.

The ministers will hold their next meeting of this format in July – after the Slovak Presidency of the EU Council has begun. Lajčák said he is frequently asked questions concerning a potential Brexit with regard to the fact that Slovakia will take over the EU’s helm soon on Friday, July 1.

Despite saying how it is a win-win situation for both Britain and the EU, Lajčák said “we will respect the will of British voters”. Even if Britain remains an EU member as a result of the referendum, it would be a mistake to say that “we’re going on ... as if nothing has happened” in connection with Thursday’s referendum.

“Anyway, European leaders need to present to EU citizens what kind of Europe they want to offer them,” explained Lajčák as cited by the TASR newswire.

It’s a fact that the EU is losing support from voters, conceded Lajčák. Citizens less and less identify with issues addressed by EU leaders and they are losing the feeling that the EU is addressing their problems.

“Therefore, I think that a more efficient Union that is closer to people and dealing with problems that people understand should be a response to the British referendum – regardless of the result,” said Lajčák.