Ethnographer Plicka was perceived as a celebrity

He was “a lonely hunter” and wanted people around him to feel the same euphoria he felt, ethnographer Karol Plicka’s oldest son, Ivan, says of his father. 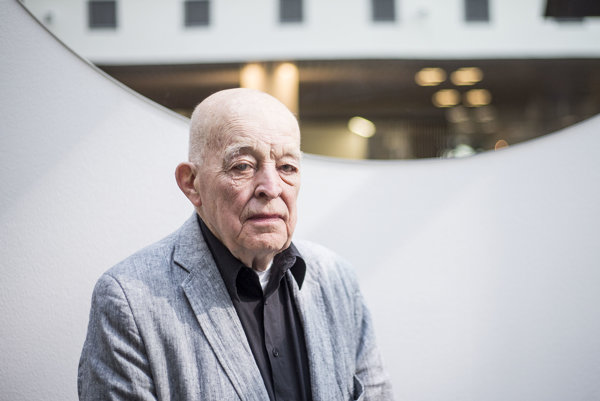 When during the event, also Karol Plicka’s famous documentary film Zem spieva / Land Sings (1933) was screened, his son realised how he still can be touched by the Slovak countryside and its residents, shown in their traditional professions.

Plicka was born in Vienna, then lived in the Czech part of Czechoslovakia, came to work and live Slovakia, only to leave it during the war-time Slovak State and return to Prague for the rest of his life. We talked with Ivan Plicka about his father’s legacy.

Sme: We admire the world of your father mostly through his photos and films. What are your memories of him?

Ivan Plicka (IP): I very much admired the work of my father – for example, the way he recorded thousands of songs. He always carried with him A5-sized sheet of paper with pre-printed three line staves. When someone sang a song for him, he wrote it down, both the notes and lyrics. Of course, this was very raw material.

Sme: How did he elaborate on it then?

IP: In summer, he made dozens of entries like this, and then in winter when he did not hike around villages, he transcribed everything into a reproducible form. If he had a hi-tech voice recorder, it would have been much easier. When I use my tiny camera, I remember him with his huge equipment he went filming and photographing with . He carried whole containers with him, film-holders. There were no roads, no electricity, no accommodation or transport, he had to walk to the villages he wanted to study. Today, this is unperceivable and unimaginable for us, it is a totally different world. It was a discovery work, often a missionary one. 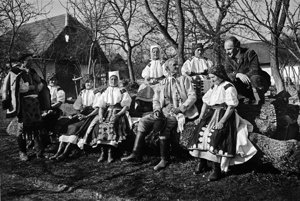 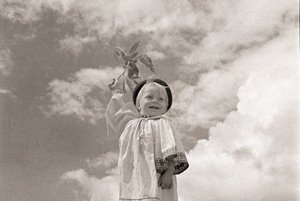 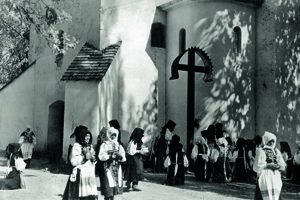 Sme: How did you perceive father’s mission?

IP: He often used to be away, and so the whole family rested on my mother’s shoulders. Father was living in a different sphere, he had his own bubble around him, and nobody could peep inside. What he did was unique, he had his own methods – he was a lonely hunter, who did not want to work in a team. He wrote his script, was own director and cameraman. He had control over everything alone, and was happy with that. He demanded perfection, which staff often did not deliver due to his expectations. He lived as if in constant euphoria, which he wanted people around him to share.

He made a single exception in collaboration: when during World War II Germans pushed him hard to take pictures of Nuremberg, he wanted to cop out and started to film The Prague Baroque. The film is not only beautiful but it fulfilled father’s second intention: he employed two young Jews to prevent them from being deported. Maybe he gave them only a few more extra months to live but even so, it was a great feat. And, moreover, thanks to them he avoided working in Nuremberg. 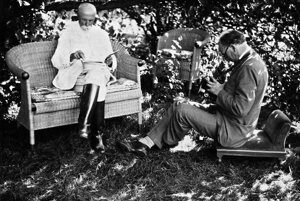 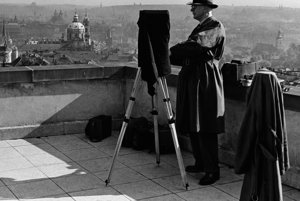 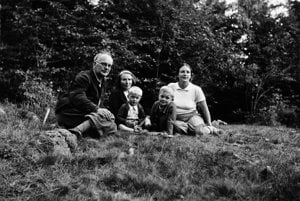 Sme: How could he manage to refuse a Nazi offer?

IP: He felt a great pressure but he was already famous, known for being capable and skilful. Similarly, the communists later pushed on him but he did not conclude any agreement with them, either. Basically, it was them who brown-nosed him. My father simply could afford it. If you consider that during the first (Czechoslovak) Republic, he had contact with President Tomáš G. Masaryk – he bought him the camera to film Zem spieva. The president helped him a lot to open path for himself.

Sme: To what extent did he inspire you as a child?

IP: Many parents think children should follow in their footsteps and my father thought that, too. He was basically a musician, this was his most inner mission. He was excellent violinist and wanted me to do music. But I was not good at that although I did try hard. I had an absolutely musical ear but I could not make it. The same with taking pictures – I simply did not see the things he saw. And as I did not wish to hear from people: This is the young Plicka but he is by far not as good as his father, I preferred to study something else, civic engineering. But instead of building roads I focused on urbanism which was not really a topic then. We were all self-made men then and we started to work on the development of Prague. Finally, we met with father on our relationship to Prague – but each from a different side.

Sme: Were you able to appraise father’s efforts?

IP: Only after his death, when I was dealing with his inheritance 30 years ago, I found out what awesome amount of work he left behind. You cannot imagine: 40,000 songs which he wrote down but also dozens of thousands of negatives – and not small ones, he loved the 10 x 15 size, and some were even glass. He made hundreds of kilograms of photos, carried everything with him and then made a series of more materials from it, books, gypsy fairy tales, fairy tales of Slovaks living in Romania, and more. As long as he lived I never realised the unbelievable volume of work and how physically demanding it had been. One realises it only belatedly. He wished his whole inheritance to go to the Slovak National Museum, as he knew its value and he did not want it to get split and lost. So we gave it all there. But oh how many trucks had to come and pick it up! Only then did it all click with me.

Sme: Where did he store it?

IP: At home. Of course, each time he brought home another series, mum lamented and complained. His study was a massive storage place in which you could only zigzag among piles of things in narrow aisles. And when mum died, in the living room – previously a forbidden area – a second storage area appeared.

Sme: Many of his photos show people in their natural environment. How did he win their trust?

IP: He had charms, a spell he could win people with. I remembered this recently when I saw a short documentary – in a programme showing retro films and newscasts. And the film documented the celebration of his 70th birthday in his loved town of Heľpa. As a young man, he took photos and made films there, people recognised him, greeted him warmly. Women were crazy, throwing themselves around his neck and shouting Mr Professor! He must have left some warm trace there. And he had one feature which I have, too – he did not remember people’s faces at all. But he was a genius in not showing it and only later inquiring what that name might have been. 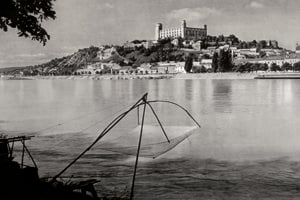 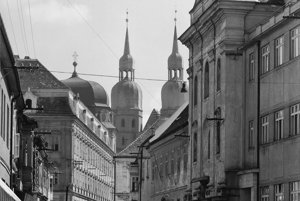 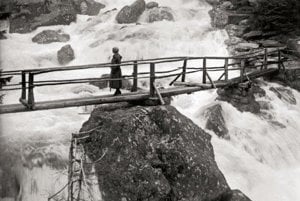