The Slovak Foreign Affairs Ministry still has not confirmed the information about casualties. 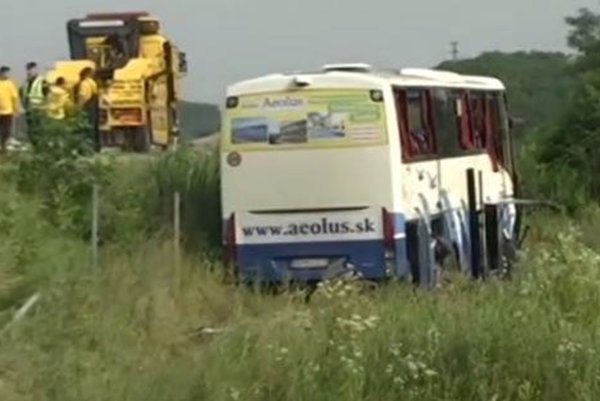 Five people reportedly died and another 23 were injured in an accident of a bus owned by travel agency Aeolus, residing in Nitra, which is active in Slovakia and the Czech Republic. The Slovak Foreign Affairs Ministry still has not confirmed the information about casualties. It only informed that several injured tourists have been hospitalised in nearby facilities, the Sme.sk website reported.

The accident happened in the early morning hours of June 21 on the highway between the cities of Niš and Belgrade in Serbia, close to the village of Bobovište after the bus had strayed from the road, the ČTK newswire reported citing the Serbian television RTS.

Causes of the accident are under investigation, ČTK wrote.

“I want to express my deep sorrow over the accident and send my condolences to the bereaved,” Slovak Prime Minister Robert Fico wrote on his Facebook profile, adding he is in contact with the Serbian embassy and the country is ready to help if necessary.

The bus was carrying holidaymakers from Slovakia, the Czech Republic and Hungary from holiday on Greek island of Corfu. There were altogether 29 passengers and two drivers in the vehicle.

14 people who were injured in the accident were transported to the hospital in Niš. One person suffered serious injuries, while the other 13 people, including one child, had less serious injuries, head of the medical facility Miodrag Lazić told Serbian news portal Blic.

Eight other people are in stable condition in the hospital in the town of Aleksinac, RTS informed.

Meanwhile, the Slovak Foreign Affairs Ministry confirmed that the Slovak consul from Belgrade and her Czech colleague are heading to the scene of the accident. The tourists have already received help from the honorary consul in Niš, the TASR newswire wrote.

Also the Interior Ministry confirmed it sent a police envoy which is currently trying to learn more about the injuries of the Slovak citizens. The ministry is ready to dispatch the government’s special plane to Serbia, its spokesperson Ivan Netík told TASR. It is probable it will take the Slovak citizens in two phases, with one on June 21 and one on June 22.

“We still have to wait for the complete information from hospitals,” Netík added for TASR.

It will also send a team of psychologists to Serbia.