Slovak football players advance to round of 16

The national team will play against Germany or Spain. 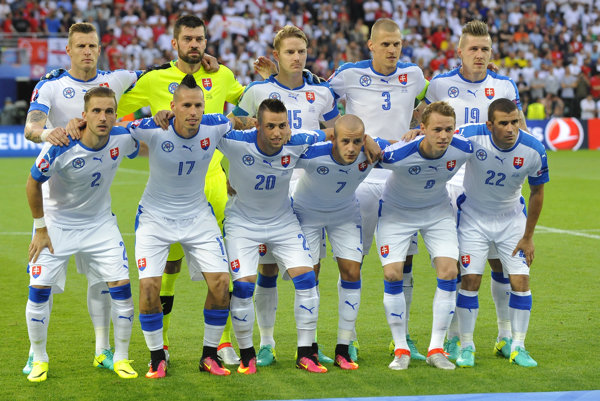 The Slovak football representation has definitely advanced to the round of 16 at the EURO 2016 championship in France. This follows the result of the recent matches held within group C based on which Slovakia will be in the worst case fourth among the best third-placed teams. According to the rules, the top two and the four best third-placed teams of all six groups advance to the round of 16, the Denník N daily reported. 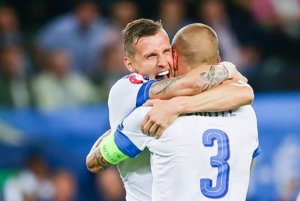 Read also:Slovaks may advance to the round of 16 Read more

The team led by coach Ján Kozák placed third in the group B with four points, following first-place Wales and second-place England. Of the six 3rd-place teams, neither Albania nor Northern Ireland can be better as they only have three points. Regardless the results of the remaining matches held on June 21 and June 22, Slovakia will definitely advance to the next phase of the EURO 2016 championship, Denník N wrote.

“We went to France with the aim to advance from our group, which became a reality today,” coach’s assistant Štefan Tarkovič said, as quoted by the Sme daily, adding they are glad they managed to meet the expectations of the public.