Are overpriced highways back? 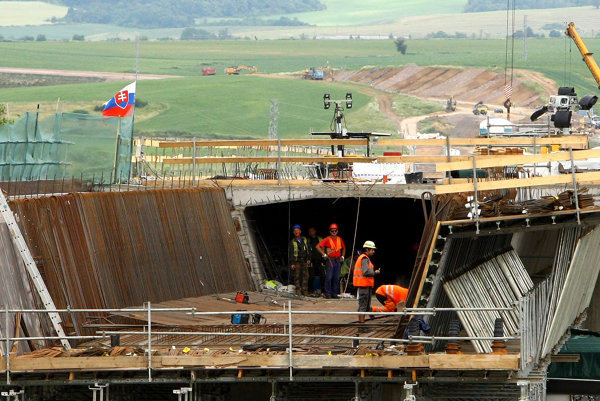 The state could have saved as much as more than €100 million on construction of three highway bypasses that construction companies want to build for almost €800 million if timing of tenders was better set. This is the outcome of an analysis conducted by the Institute for Economic and Social Reforms (INEKO) think tank. The investor, the National Highway Company, claims that the tenders were started under the previous management and tenders have not yet been completed.

“The damage has still not been completed as contracts have not bee signed yet,” Ján Kovalčík, an analyst with INEKO, wrote.

Kovalčík analysed construction of three highway stretches to be built from EU funds and co-financed from the state budget. In his opinion, results of the tenders indicate that consortiums that enrolled in the tenders agreed upon the prices in advance and that the tenders have generated bids exceeding prices for which comparable highways are built abroad.

The Transport Ministry rejects criticism, seeing tenders as the best instruments for generating fair prices, Viktor Stromček, State Secretary of the Transport Ministry responded to the INEKO analysis. He sees also the fact that the projects are co-financed from the EU’s funds as another way of independent supervision over the price setting.

“The price is always generated by the tender on the basis of transparent basic documents,” said Stromček. “This has happened in this case.”

The National Highway Company (NDS) is currently assessing bids submitted by consortiums while its spokesperson Michaela Michalová recalled that the tenders were announce by the former NDS management that controlled the company during the terms of the previous transport minister Ján Počiatek. 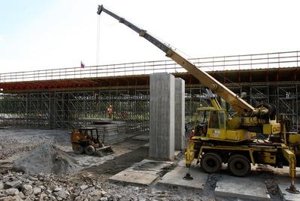 The stretches concerned are the D1 of the Prešov ring road, the Budimír-Bidovce D1 stretch near Košice, both in eastern Slovakia and the D3 highway stretch in Kysuce in north-west Slovakia, totalling almost 28 kilometres.

NDS launched the tenders for the first stretch in mid May 2015 and the second two in early June while it opened envelopes with price bids for all three on May 17. The total of three lowest bids amounted to €793 million which is more than the total value of the orders estimated by the state - €778 million.

In the past bids were also as low as 50 percent of the state estimate.

Bids as high as those submitted lead to high highway construction prices when Kovalčík calculates them at €42-€47 million per construction of one kilometre of highway built in case of some stretches. A price exceeding €40 million per 1 km has occurred in Slovakia only one time, but in this case the stretch was technically very demanding and included a tunnel and a scaffold bridge.

“For example, even the tender for the most know difficult stretch D1 with the Višňové tunnel brought in 2012 bids from €25 million to €35 million per 1 km,” said Kovalčík.

The Transport Ministry refuses to compare prices of individual highway projects arguing that it is very difficult to compare geological and other conditions under which individual stretches are built. In this respect Stromček pointed to the exceptional demanding terrain where the D3 stretch will be built.

“The D3 highway is being built in one of the hilliest terrains and this construction belongs among the most complicated constructions within Slovakia,” said Stromček, adding that he can cite constructions where the price for building one kilometre of highway is around €70 million. “The Transport Ministry rejects in the long term comparison of prices per 1km because it is impossible to compare them.”

“The difference of 3-4 percent in all bids in two current tenders is exceptionally unusual in such constructions,” said Kovalčík. “This indicates that it might have been only pretended that there were tenders.”

This pertains to two bids to build the D3 stretch and the D1 Prešov stretch while the third tender for the D1 Budimír-Bidovce stretch generated a competitive bid, according to Kovalčík. If the NDS achieves a similar result also in case of the remaining two tenders, i.e. the bids 22 percent below the highest bids, it might have saved over €114 million.

One of the reasons behind such high bids may be the bad timing as tenders were announced so close to each other. Experts point out calculations and other works each consortium had to do in order to submit its bids and that they could not have enough capacities to do all these for all three tenders during such a short period of time.

Kovalčík believes that already a gap of two months would create space for elaboration of a sound bid.

Ondrej Matej from the Institute for Transport and Economy agreed for the Hospodárske Noviny daily that tenders should have been announced gradually, but he also recalled that at that time there were more tenders for large infrastructure projects. Matej does not see the prices as suspicious claiming that it was the market which generated the prices and that in this case it is necessary to take into consideration also other facts.

“The construction sector knew at that time that there will be not a lot of work in the future and thus it responded spontaneously,” Matej said. “Moreover it was after a period of time when all [construction] firms generated losses.”

Jiří Vacek, head of the CEEC Research company, agrees that a large volume of parallel tenders lead to a lower number of companies participating in tenders.

“This leads to lower competition and the result may be higher prices of tendered orders,” Vacek told the Sme daily.