The opposition also plans further protests, pointing at non-standard relations between politicians and a businessman. 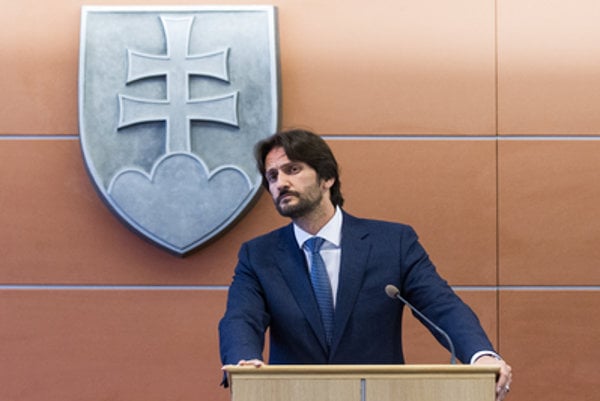 Interior Minister Robert Kaliňák (Smer) could face another parliamentary no-confidence motion over his alleged ties to businessman Ladislav Bašternák, investigated for tax fraud, with the opposition planning to submit a petition to Speaker of Parliament Andrej Danko (Slovak National Party) on June 24.

If there are 30 signatories to the petition, Danko will have seven days to convene a parliamentary session, the TASR newswire reported. 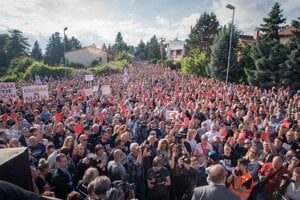 Kaliňák has already survived a no-confidence vote over the same case earlier in June, when opposition MPs only (58 out of the 138 present MPs) voted for the minister’s dismissal.

Meanwhile, following a demonstration on June 20, Freedom and Solidarity (SaS) and the Ordinary People and Independent Personalities (OĽaNO) with the NOVA movement have announced further protests in front of Prime Minister Robert Fico’s private flat in the Bonaparte residential complex, which is owned by Bašternák. The protests should take place every Monday late in the afternoon for the next six months.

“If people care about the future of this country and their children, they’ll come,” stated OĽaNO-NOVA chairman Igor Matovič, as quoted by TASR, describing the first demonstration on June 20 with thousands of people present as a success.

Fico, for his part, has stated that Kaliňák has his trust as well as that of the main governing party Smer, and described the opposition’s activities as ‘hate-driven’.

“I reject the politics of hatred and I’m sorry to see opposition politics being carried into the streets,” Fico said, as quoted by TASR.