Small town races bring out the dedicated amateur as well the the weekend jogger and when they put their love of running to good, everybody benefits. 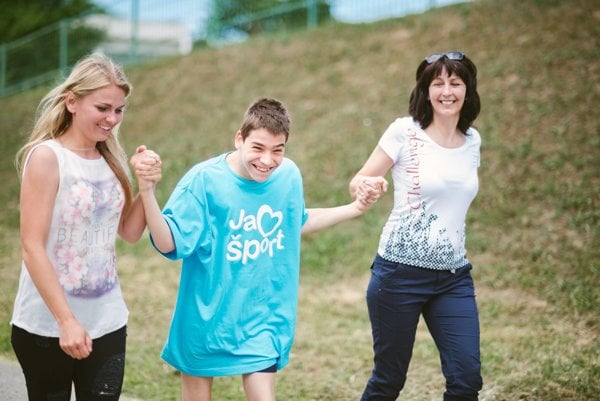 There’s a somewhat secret phenomenon in Slovakia - the small town running race. Around our area almost every small town hosts an annual race. Ranging between 5-15 km, a €3 entry will get you a number, a simple lunch, and sometimes a raffle with prizes ranging from TVs to bottles of wine. Not bad for €3.

There are, of course, the fast runners. Runners of physical prowess whose running seems effortless until muscles strain as they surge towards the finish line. Hours of training and dedication lie behind the effortlessness.

But the ones who are the most interesting to watch aren’t always the fastest. The same people make the circuit: the grandmother of an advanced age who is half bent over; she trots along and I marvel that she can cover 10 km at all. The fit older grandfathers, all sinew and bones who are still amazingly strong despite their age. An elderly couple who runs together and crosses the finish line holding hands.

I admire the slow joggers, who haven’t a chance in hell of being anywhere near the front of the pack and yet come out and plug away. So often we say, myself included, that if I can’t be first then why try at all? It takes a certain courage to show up and not be among the best.

There’s a group of people who need to show up at life everyday and will never be ‘first’ in the competitive sense of the word. People born with mental and/or physical challenges who face life with their own kind of courage.

Recently the two groups connected in a run organized by the running group Bernohy in Trnava. Le Slávia was a 24 hour relay run (with a handful of running the whole time by themselves) to raise money and awareness for a day centre for disabled children from disadvantaged families, Zvonček, that is integrated with a school.

When I was there, it was pretty quiet. Two hipster-y local companies had food and drink for donation. By far the most people there were those who had run or were running. There was no media, no fanfare, and few spectators.

But it was exactly what I wrote about after the election -  taking responsibility for making your country a better place through personal initiatives.

Media, fanfare, and spectators are encouraging and can help spread the word. But what matters is that people cared for people at the local and personal level. Runners realized that they could use running not only for fitness and competing but also to help out a vulnerable group and say, “We care.”

This is how we make Slovakia a better place.

Naomi blogs about the culture, food, and life in Slovakia at  Almost Bananas.

Thank you for singing up. Shortly an email will be sent to the address you provided to verify your e-mail.
Error! Please try to register again later, your e-mail was not registered.
Your email is not in a correct format.
Please confirm you are not a robot.
Share on Facebook (90)