The Slovak presidency of the European Union will be difficult after the British referendum, Prime Minister Robert Fico said after meeting French President François Holland. 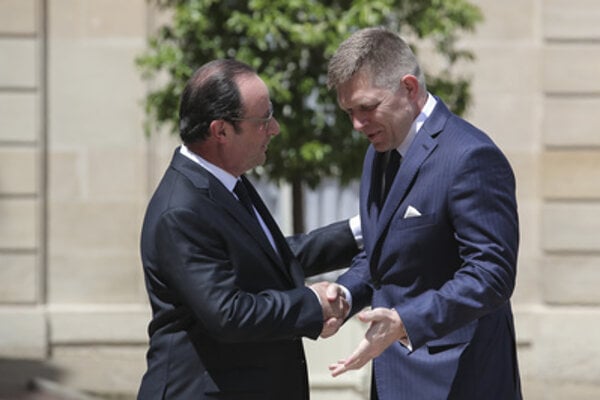 The two met on June 22 in Paris, and Fico later also said that apart from the referendum, also the migration crisis will strongly impact his country’s presidency. The Slovak premier also praised the fact that his country can rely on France during its presidency. “Slovakia has a clear idea about its presidency and the priorities,” he added.

Fico also commented on the wide and deep changes that will stem from the result of the British referendum. “If the UK decides to leave, the changes will be sweeping,” he explained, as quoted by the SITA newswire. “If it decides to stay in the EU, a wide discussion will be necessary. I have proposed a wide discussion about what we will offer to the public in case of Brexit, or in case the UK stays in the EU. We have to be more innovative in issues.” It turns out, according to Fico, that the public do not agree with everything the EU does – especially in migration and economic policy. “Slovakia is going to clear the ground for such a discussion,” the Slovak PM said.

Fico and Hollande concurred that they would not welcome a possible departure of the UK from the EU. The French president said that Slovakia is taking over the presidency right after the UK referendum, but whether Britain remains or leaves the EU, “we’re here to make Europe move on, to protect Europe, support the growth in the eurozone as well as support young people who are a priority of the European project”. According to Hollande, the results of the British referendum will influence the future of the whole of Europe and the EU.

Britain, as well, has a lot at stake because after a possible “leave” from the Union it would not have access to the single market and it would not be able to participate in the adoption of joint European decisions, Hollande said, as quoted by the TASR newswire.

At a joint working meeting in Elysee Palace on June 22, both leaders also discussed the migration crisis and current EU issues.