A homeowner in Kostolné Kračany in the district of Dunajská Streda in Western Slovakia found a unique treasure on his property that he will receive a reward for. 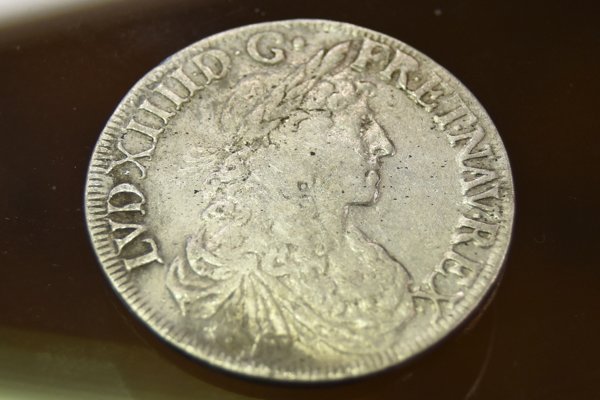 The lucky finder discovered 312 silver coins and he can now collect a reward in the amount of 100 percent of its current value.

It is a unique discovery in over a decade in this region, according to an archeologist of The Regional Monuments Board (KPÚ) in Trnava, Peter Grznár. “The owner of the ground went to dig a hole under the pool and the coins were saved in a broken ceramic container and are extremely preserved. He turned to us immediately and at the next review of the place we found other four pieces with a metal detector,” Grznár told TASR.

The archeologist confirmed that the finder will be compensated. “It is true that if all the legal requirements are fulfilled, the finder is entitled to the full amount denominated by a court expert. It is important to leave the discovery without any change at its original location, if circumstances allow it,” said Grznár. 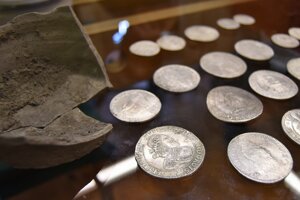 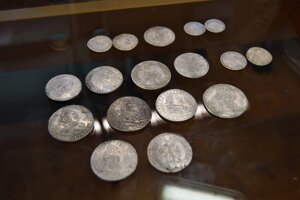 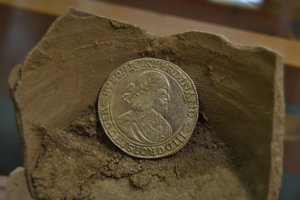 Experts can often identify other interesting historical circumstances from the place of discover. “Silver tolars, half- and quarter tolars and also 15-tolars from Kostolné Kračany are moving on the market at favorable prices, so also the final amount will certainly be inspiring for the discoverer,” stated Grznár.

By prior appraisal of the workers of KPÚ Trnava, the treasure consists of embossings roughly from the years 1630 to 1704 of monarchs Louis IV., Ferdinand II. and Ferdinand III., as well as Ferdinand and Mary Schwarzenberg. Most numerous are coins embrossed with Leopold I Habsburg. The exact data will be known only after the numismatic analysis, but the whole treasure weighs more than 4,5 kilograms.

If the money was owned by one person, he had to be extraordinary rich. Indeed, at the time it was possible to buy two or three cows for one tolar.