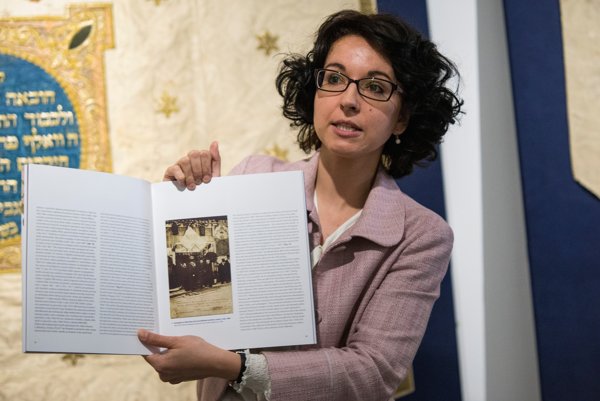 In Slovakia, Jewish heritage unfortunately conjures images of empty synagogue buildings, neglected cemeteries or religious objects disconnected from their original purpose. But this year’s Jewish Community Museum exhibition brings back forgotten stories of the Jewish community which was long a part of the capital city – then called Pressburg – for centuries.

“This year we decided to bring in rediscovered heritage proving that Bratislava deserves its place on the map of Europe,” Maroš Borský, the director of the Jewish Community Museum, said in late May when opening the fifth temporary exhibition in the museum. “Bratislava has its own cultural heritage and strong identity. Europe is not only about cities like Berlin, Rome and Paris but also about towns like Bratislava, Vilnius and Zagreb. This is why we decided to come up, prior to the Slovakia’s EU Presidency, with a topic showing how rich the cultural heritage of our city is.”

While the name of the exhibition is “Heritage Rediscovered”, the Slovak-English catalogue bears on its front page also the word Pressburg, in Hebrew. The inscription of this word was the primary tool helping curators of the exhibition to identify items linked to Bratislava and exhibit them or at least present them in the catalogue.

“This inscription – Pressburg – in the form you find on many old prints, publications and other items is one of names of this place,” said Borský. “It’s part of history and identity of this town.”

The exhibition is a result of years long research by curator Jana Švantnerová, who examined collections held by the Jewish Community Museum, the Slovak National Archive, the Museum of Jewish Culture as well as the Hungarian Jewish Museum. 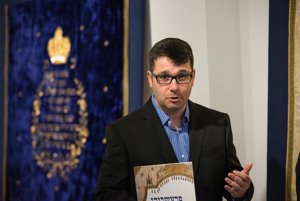 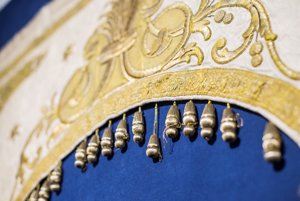 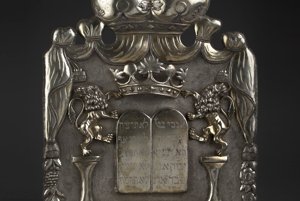 When visiting the Israel Museum in Jerusalem last November, Švantnerová discovered that the museum is just exhibiting two pieces of synagogue textiles – a parochet (Torah ark curtain) and a Torah mantle – and proudly presenting this as reunion of two pieces of an expensive set.

“When I saw them I was almost left speechless,” said Švantnerová, when discovering that the two remaining pieces of this set, the kapporet (the upper part of the parochet) and the cover of the bimah (the elevated platform in the synagogue at which the reading of the Torah takes place), are held by the Jewish Community Museum in Bratislava. 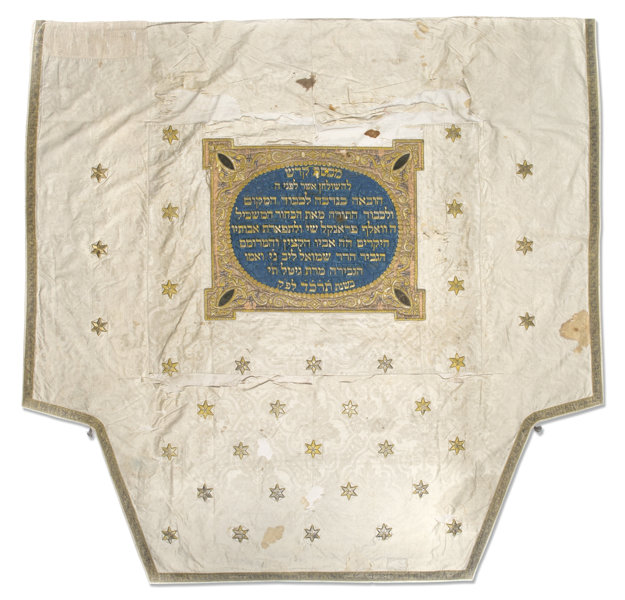 Švantnerová had contacted the Israel Museum before and inquired whether it holds any items related to Bratislava. But at that time the museum held only the mantle of this set while the inscription on it did not indicate from where it came from. But in 2015 the museum received money for purchase of a large curtain belonging to this mantle and based on inscription on the curtain the museum identified that they were created for a synagogue in what is now Bratislava.

“They exhibited the items and presented this as a reunion of a set that has been divided for years, except that they did not reunite the set completely,” Švantnerová told The Slovak Spectator, adding that a photo taken during the visit of Franz Joseph I on June 1, 1909, proves that the set consisted of four pieces. It depicts the synagogue on Zámocká street.

The exhibition includes more such reunions. For example, two silver Torah finials from the 19th century, a possession of the Bikur Cholim Association of Óbuda, then second largest Jewish Community of the Hungarian Kingdom after Pressburg. They were artworks by Fredericus Becker senior from Bratislava. 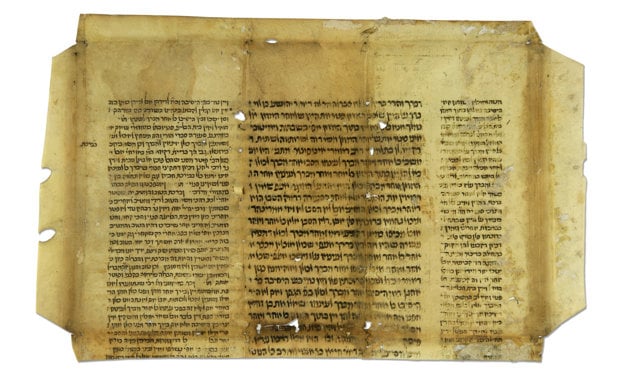 Synagogue textiles, ceremonial objects made of fabric that are used in the synagogue, make up the dominant part of the exhibition – which consists of about 30 items.

“Thanks to their dedicatory inscriptions, the textiles are something of an archive and a chronicle of the community, and an identifier of milestones in the lives of individuals and of the community as a whole,” Švantnerová writes in the catalogue.

Via exhibited items visitors can trace the history of donors, notable Jewish families from Pressburg, and the community. Thanks to them it is possible also to identify a parochet from 1811 used in the Brill Synagogue launched by Ezriel and Traule Brilin, which was also visited by the famed Rabbi Chatam Sofer.

“These items communicate with each other and show relations between families and stories,” said Švantnerová. “Without these materials proof of this past might have remained unknown for a long period of time.”

Thank you for singing up. Shortly an email will be sent to the address you provided to verify your e-mail.
Error! Please try to register again later, your e-mail was not registered.
Your email is not in a correct format.
Please confirm you are not a robot.
Share on Facebook (87)