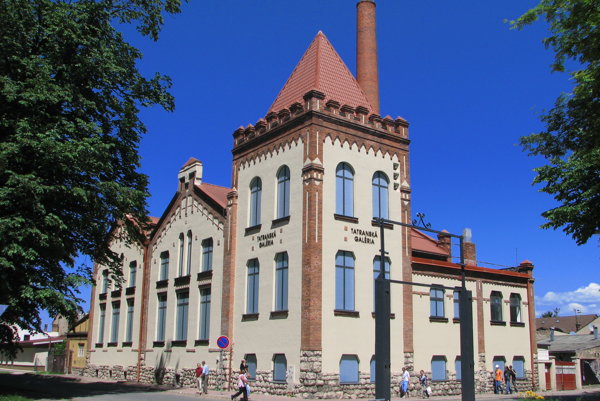 Edgar Degas was one of the the most important painters, cartoonists, graphic artists, innovative sculptors and photographers of the 19th century. The exhibition of his works from a private collection titled The Naked truth: heliogravura series of cycle La Famille Cardinal from 1877 to 1878 was opened on June 22nd and it will be available to the public until September 18th.

“The visitors of the Tatra Gallery in Poprad will have a unique opportunity to see the heliogravura collection by Edgar Degas. It is gravure printing with engraving, etching and aquatint, while each heliogravure is considered an original,” Anna Ondrušeková, gallery director,  informed.

Edgar Degas,because of his creation and acting on the art scene in Paris, is considered one of the most significant representatives of Impressionism.

“In the period of 1877 - 1878, Degas created a monotype series as an illustration to the book of his close friend, writer and librettist Ludovic Halévy titled  La Famille Cardinal. It is a satire of ballerinas rising after social position, controlling stage mothers and backstage sex trade,” Ondrušeková described for SITA.

The collection of illustrations offers a view of French society, Paris streets and nightlife through the works of the Impressionist master.

“When the portfolio of monotypes and drawings related to the project appeared in newstands from the artist's estate in 1918 it consisted, according to the catalogue, of 37 pieces of monotypes, including eight retouched pastels, and also thirty secondary fingerprints of monotype technology and eleven drawings,” recalled the gallery director.

A number of original monotypes by Edgar Degas, however, have disappeared over the years. The exhibition was curated by the Art Expo SIA in the Tatra Gallery. The company also prepared a separate interesting catalogue with reproductions and anecdotes by the author as well as promotional items.