It is the uncertainty that poses the biggest risk for Slovakia. 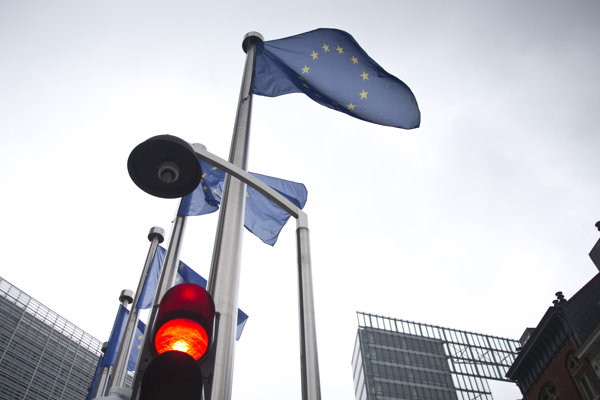 Moderate trade activity between Slovakia and Great Britain means that Brexit might have only a limited impact on Slovakia’s economy when economic analysts rather mention uncertainty as the biggest risk posed by the departure of Great Britain from the European Union.

“The arisen uncertainty can harm the already fragile trust in the EU, which is not good news for the economic growth,” Katarína Muchová, analyst at Slovenská Sporiteľňa, wrote in her memo on June 24. “The drop in trust can negatively influence investments and consumption in Europe.”

Economic analysts agree that with respect to a rather small volume of mutual trade between Slovakia and Great Britain, Slovakia’s economy should not be affected dramatically.

“The direct impact of Brexit on Slovakia would be not drastic, but not negligible either – the economic growth might shrink by 0.5-0.6 percentage points between 2016 and 2017,” wrote Muchová, specifying that Slovakia’s exports to Great Britain made up 5.5 percent of the total exports last year, while in case of imports it was 1.6 percent.

But Slovakia may feel the negative impact of Brexit via its large economic partners like Germany and others, according to Muchová.

Based on calculations of the National Bank of Slovakia, Brexit might slow down the Slovak economy by an aggregate 0.34 percent until 2020, which could mean 5,300 less jobs created and a hike in prices by an additional 0.4 percent. The NBS analysts based their estimate on an analysis of the OECD forecasting that in case Great Britain leaves the EU its economy would slow down cumulatively by more than 3 percentage points through 2020.

ČSOB analyst Marek Gábriš agrees that estimates of the impact on the economic growth of Slovakia are plausible.

“But response of politicians and a solution to the situation will be of key importance as well as the response of consumers or companies to the growth of uncertainty in the economy,” wrote Gábriš.

Ľubomír Koršňák, analyst with the UniCredit Bank Czech Republic and Slovakia believes that political risks stemming from the result of the referendum and turbulent financial markets will affect European economies.

Koršňák indicated that worsening of business and investment moods across Europe might lead Great Britain to the brink of recession and more significantly slow down the cyclic revival of other European economies including Slovakia's. Under uncertain outlooks for future development a portion of the business sphere would freeze investments and households might postpone decisions on purchases of especially consumer durables.

“The Slovak economy might feel this especially via a halt of the current trend of the growth of demand for new cars across Europe,” wrote Koršňák.

Analysts admit that the impact of Brexit might be only temporary.

“Of course, departure of Great Britain from the EU does not mean the end of the world,” wrote Koršňák, adding that especially when fast and working solutions for the setting of future relations between the United Kingdom and the EU are found, the deceleration of economic growth might have only a short-term, temporary character.

The Slovak Finance Ministry has already started working on an analysis of the Brexit’s impact on Slovakia’s economy, while these numbers should be known in the course of some weeks, Radko Kuruc, the state secretary of the Finance Ministry said as cited by the TASR newswire. Afterwards it will incorporate them into September’s macro-economic estimate.

The result of the referendum has raised questions about the plans of the British carmaker Jaguar Land Rover (JLR) to invest in Slovakia almost €1.5 billion and build a brand new plant near Nitra.

The carmaker informed on June 24 that the result of the referendum does not change its investment plans in Slovakia, the Denník N wrote.