The public TV channel shall, according to court ruling, apologise to Štefan Harabin and pay damage compensation of €10,000 to him. 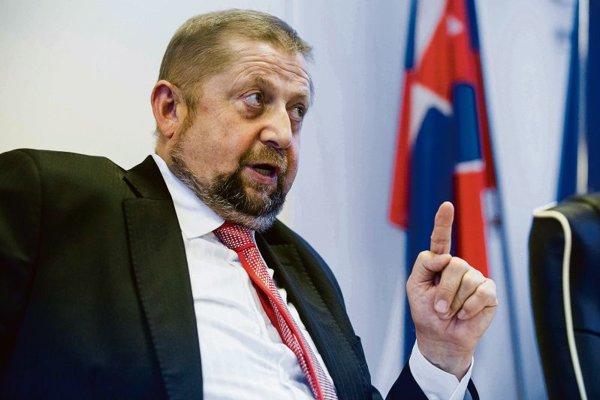 RTVS, the public TV channel, used a statement which is allegedly “an unjustified encroachment of the right to the protection of the personality of the plaintiff”,  a judge of the Bratislava IV District Court told the SITA newswire. RTVS must apologise to Harabin within 30 days of verdict coming into effect – in the Reportéri /Reporters political programme – and pay him €10,000. Both Štefan Harabin as plaintiff and RTVS as defendant reserved the right to appeal the verdict.

“We apologise to [judge] JUDr. Štefan Harabin that by elaborating and broadcasting an untrue and unfounded statement of [doctor] MUDr. Renáta Papšová: 'As a physician I can say that sometimes illnesses are contagious and our judiciary is ill… Juraj Majchrák became ill and so did JUDr Lauková, who in the same way died from tough persecution by doctor Harabin.' In the May 28, 2012 in the Reportéri show at 21:40 on the Jednotka channel of Slovak television, we encroached in an unjustified way his right to the protection of personality as well as his right to protection of reputation and honour, respect in society, and human dignity”, RTVS must state.

The remaining requests by Harabin were refused, the SITA newswire wrote.

The judge argued that within the freedom of speech and the freedom to express opinions, the right to criticise is also guaranteed. However this freedom has its limits, she added in an explanation. “The goal of the criticism shall be to remedy a certain negative phenomenon, and not to insult, humiliate, ridicule, scandalise or discredit human dignity,” the judge argued, as cited by SITA on June 27.

Harabin, former justice minister and former chair of the Supreme Court and the Judicial Council, originally asked for compensation of non-material damage amounting to €100,000 – from psychiatrist Renáta Papšová and €200,000 more form RTVS. Papšová was the doctor of the already deceased judges, Juraj Majchrák (who committed suicide) and Marta Lauková (who died of health issues). She made the above-mentioned statement on April 14, 2012 during a public discussion on judges while RTVS later also used it in the Reportéri programme. Last September, Papšová agreed with Harabin on an out-of-court settlement.