Slovak contestants in the canoe sprint managed a special feat on June 26: they won in the K4 at 1,000 metres and in the K2 at 500 metres, all within less than an hour. 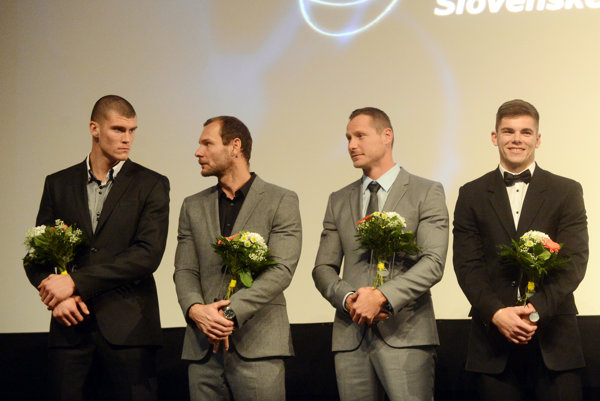 The first gold in the one kilometre, four-kayak sprint  was won by Denis Myšák, Erik Vlček, Juraj Tarr and Tibor Linka, the SITA newswire wrote. The second gold went to Martin Jankovec and Gábor Jakubík in the non-Olympic discipline of the 500 metres double-kayak.

In the afternoon, Ivana Kmeťová placed third in the 200 metres single-kayak, garnering a bronze medal. In the final part of the European Championship in Moscow, Slovaks Marek Krajčovič in 5000 m K1 and Matej Rusnák in 5000m C1 (single canoe) each placed seventh.

The Slovak four-kayak won silver on June 25 in the 500 metres, before winning gold a day later, beating the Russians and the Poles. Myšák, Vlček, Tarr and Linka are current world champions from je Milan 2015 in the 1000 metres, and they are sure to represent their country at the 2016 Olympic Games in Rio de Janeiro. For Martin Jankovec and Gábor Jakubík, the unexpected victory in the 500 m K2 is their first medal at one of the top events in their sport, as they only started to race as a double  this season. In Moscow, they beat the Spaniards and  the Belarusians.

For Ivana Kmeťová, this was also her first medal in a top event in the individual discipline. She was defeated by Turkish and British kayakers.

Overall, Slovakia placed among seven countries which had at least two golden medals, having a total of four medals (two golds, one silver and one bronze) and  were on a parr with Serbia. Hungary was the most successful with 14 medals, followed by Russia (12) and Germany (11), the SITA newswire wrote.