After introduction of tax licenses companies conceded some taxes

New duty and not better economic situation seen behind this development.

It seems that the plan of the Finance Ministry to push via tax licences on companies to declare some taxes has borne results as a significant portion of companies that had declared zero or minimum taxes in the past have declared some taxes after the government introduced tax licences, the Budgetary Responsibility Council (RRZ) has indicated in its analysis.

The council sees the new duty and not better economic situation behind this development.

“Simply, they declared taxes in an amount that they would have had to pay regardless due to the novelty, which is the tax licence,” the council writes as cited by the TASR newswire.

This means that companies in a situation in which it is not possible to pay the state less in taxes than the amount of the tax licence do not have any motivation to artificially reduce their financial results and ‘optimise’ their corporate tax to zero, opines RRZ.

Based on the RRZ’s analysis, the share of companies declaring zero or low corporate tax decreased significantly in 2014. Contrary to this, taxes around the amount of the tax licences increased, especially around sums of €480 and €960. RZZ estimates that about 30,000 companies have behaved like this. The council estimates that companies either curbed tax expenditures or declared higher sales. 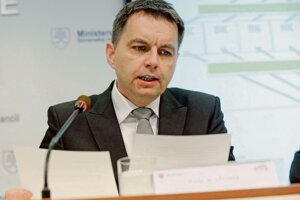 Tax licences were introduced in Slovakia in 2014. There are three tax licence rates: companies that are not value added tax (VAT) payers pay €480, the state collects €960 from VAT payers, and all companies with revenues greater than €500,000 pay an annual licence fee of €2,880. Companies are able to reduce their tax duties through paid licences over the following three years. Tax licences bring about €70 million annually into the state budget.

The current Robert Fico government plans to scrap tax licences as of 2018. 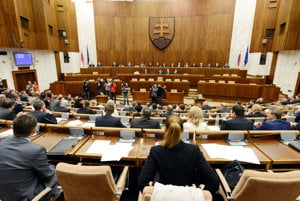 "From the fiscal point of view it will be interesting to see whether behaviour of taxpayers will change again after cancelation of tax licences,” the council writes.