The first companies have already established themselves in the new centre. 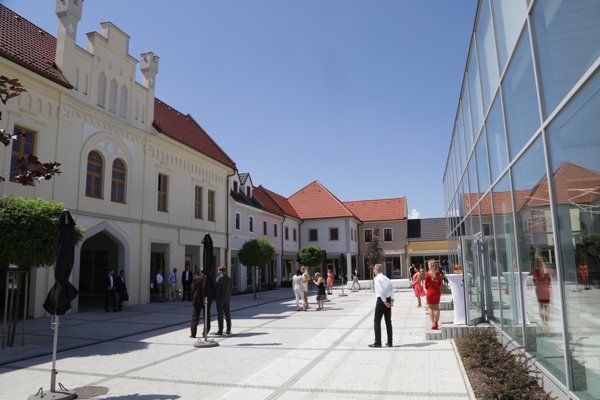 A new administrative and logistics base for non-European companies, the D1 Expo – Business Centre in Senec (Bratislava Region), was officially opened on June 28. It should be used mostly by Chinese firms, with the first one already being established there, the TASR newswire reported.

The opening was also attended by Chinese Ambassador to Slovakia Lin Lin and Economic Officer of the US Embassy in Slovakia Liam Sullivan.

Among the first tenants who will have their business expositions in the centre are producers of lighting technologies, soya products, skates, and aviation systems. The regions of Baoding and Lang Fang will also be presented in the centre. In addition, also Slovak companies which currently operate also outside Europe, including Protetika, Víno Nitra and Chateau Modra, are situated in the complex.

The D1 Expo – Business Centre was opened by representatives of IPEC Group and D1 Solution companies. Its capacity is 10,000 square metres of exhibition and business space, with the prospect to increase the area to 100,000 square metres in the future. It is divided into several parts, including technologies, gastro, retail, and exhibition spaces, TASR wrote.

Currently, the first 1,800 square metres have been opened.

The investors have already put €10 million into the project.

“We have prepared 80 administrative and exhibition units in D1 Expo – Business Centre for our partners,” said Ivan Čarnogurský, head of IPEC Group, as quoted by TASR.

IPEC Group wants to initiate the creation of the centres similar to the one in Senec also in China, in the cities of Lang Fang (close to Beijing) and Xuzhou, TASR wrote.