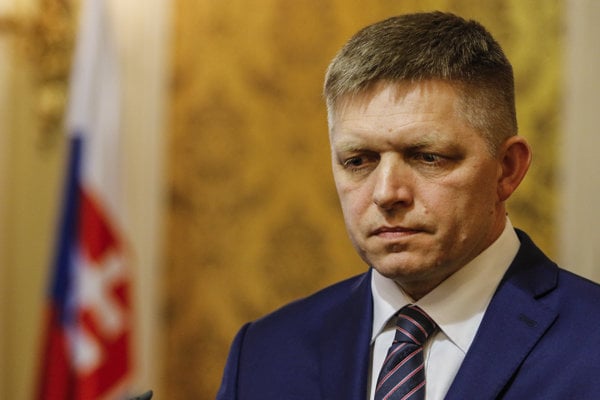 Slovakia, which will preside over the Council of the European Union beginning July 1, wants to take the initiative in talks over the future of the EU.

“If somebody thinks we can offer to the European public what we give it now after Brexit, they are mistaken,” Fico said before the European Council’s summit in Brussels, as quoted by the Euractiv.sk website. “We need a principal discussion over the functioning of the EU and the eurozone.”

As it is difficult to find some solutions to such an important topic at a formal summit, Fico wants to summon an informal meeting in Bratislava, which should take place in September. His proposal has been allegedly supported by German Chancellor Angela Merkel and also French President Francois Hollande, with whom Fico has recently met. Also President of the European Council Donald Tusk reportedly supported Fico, Euractiv.sk wrote.

Fico claimed it is necessary to prepare for such a meeting. He wants to discuss the topic also with his partners from the Visegrad Group (V4), i.e. the Czech Republic, Poland and Hungary. He wants the V4 to be leaders in the discussion.

If the summit takes place in Bratislava, it will be the first one to be held outside Brussels since 2010. Yet it was usual to hold summits in presiding countries before, Euractiv.sk wrote.

Fico does not expect that all 27 leaders of the member states will find solutions to the current situation in several hours. But it is important for Slovakia to take the initiative in discussion over the future of Europe, he stressed, as reported by the TASR newswire.

Fico went on to say that Slovakia as a presiding country will try to manage the processes linked to the departure of the United Kingdom from the EU, including the agreements on moving important EU agencies from London.

Slovakia will also deal with questions like re-distribution of some important European institutions currently residing in London, including the European Banking Authority, the European Medicines Agency, and the European Bank for Reconstruction and Development.

When asked whether Slovakia is interested in taking some of the independent EU agencies, he said that our country is not the only one which does not have any of these institutions on its territory, as reported by TASR.