IOM head: Slovakia is a country open to migration

Slovakia praised for having migration among EU Council presidency priorities. 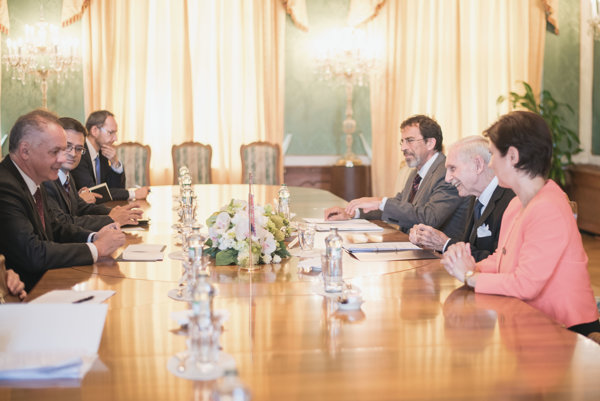 Slovakia is a country that is open to migration and deals with immigration and asylum policies correctly in order to manage migratory flows, said William Lacy Swing, head of the International Organisation for Migration (IOM), after a meeting with representatives of the Slovak government on June 28.

Swing praised the fact that Slovakia has chosen the migration issue as one of the priorities of its upcoming Presidency of the Council of the EU, the TASR newswire reported.

On this occasion, Swing came to offer Slovakia the IOM’s 65 years of cooperation and experience with the issue of migration and integrating foreigners. He also wants to find out how Slovakia addresses this topic, as he is convinced that the fundamental global challenge in the current situation is to change the general attitude towards migration, as reported by TASR.

“From a negative discourse on migration, which is often even toxic, we should return to the historical perception that used to view migration as beneficial and enriching for a country that had opened itself to it,” said Swing, as quoted by TASR.

The IOM general director added that migration should be seen as a human reality and as an inevitable consequence of what produces it. This concerns, for example, constant changes in the environment and the digital revolution, which makes the world smaller and enables travel, plus access to information for more and more people.

Observing the situation in Syria, Libya, Afghanistan and Iraq and the Ebola virus in West African countries, Swing pointed out that migration pressures will not decrease even in the future. Hence, Europe should be more constructive and creative in adopting migration policies.

“I believe that the EU will put emphasis on saving lives and protecting various migrant groups,” said Swing, as quoted by TASR, adding that he hopes that the Union will make use of more options in order to address the issue, such as relocation, resettlement, providing temporary protection and integrating migrants into the labour market.