We can fear the break-up of EU

The withdrawal of the UK from the European Union will impact also Slovakia, former Slovak finance minister Ivan Mikloš said in an interview for the Sme daily. Currently, he is an advisor to the Ukrainian prime minister. 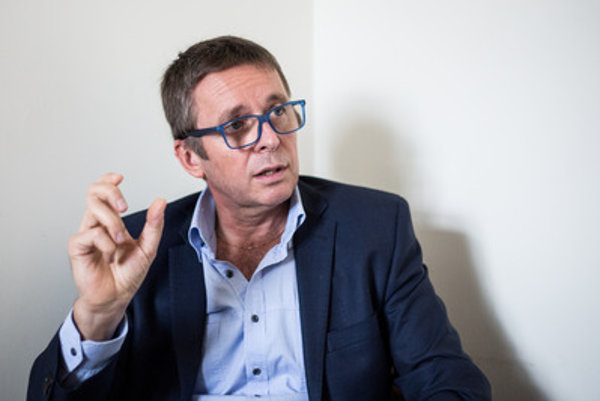 Sme: What does Brexit mean for the world, for the United Kingdom, but also for Slovakia?

Ivan Mikloš (IM): Not only Europe but also the world have woken up to the new era. Literally. It was very surprising and very worrying. Most bookmakers expected the UK to remain in the EU but we do not know yet what this will really mean. The biggest problem is that it will cause huge uncertainties, not just for the EU and the UK itself. The risk is that the Union will not exist anymore with its current borders. The same goes for Britain, though, as in Scotland and Northern Ireland, this will bring pressure for leaving.

Sme: Do you think Scots and the Irish could announce a referendum on separation from Britain?

IM: I deem it very probable in Scotland.

Sme: If they separated, they would probably want to negotiate with the EU the accession to the Union.

Sme: The UK has been one of the biggest economies in the EU. What will Brexit mean for the Union’s economy?

IM: Definitely a weakening. But it will also mean the weakening of voices which the UK had represented in the EU: the voices for necessary reforms. Britain has always taken stances which were to the benefit of competition, competitiveness, reduction of red tape. From this point of view, this changes the situation in the whole world. In negotiations between the US and the EU, Britain was a mediator as for conditions of trade, economic rules.

Thus, as I has said, we have woken up to a new historical era in which nobody knows what it will look like. Moreover, there are problems on continental Europe with immigration, the euro, and so on: many questions to which we have no answers today.

Sme: What is your personal opinion about whether EU will now try to reform itself more. For example as for lengthy decision-making which is often the target of criticism.

IM: Yes, something will have to happen, not only because of the UK leaving but also for the support for the EU not to decline further in other member states. On the other hand, it must be said that to a great extent these are some myths that have gotten popular – I do not say that everything in the EU is OK – not at all, also from the point of view of level of bureaucracy and approach of market towards competition – but the positives have until now, far exceeded the negatives. But just because people are not informed sufficiently – positives are discussed much less – this could have impacted the result of the British referendum.

Sme: Should we not fear other countries might wish to leave?

IM: I do not think so. The situation in Britain is specific. The UK has never felt that much as part of Europe, which is rooted in historical and geographical facts.

Sme: So we need not fear the disintegration of the Union?

IM: Not because of a country wishing to leave; but rather because of the question whether we will be able to agree on a new model and architecture of the EU’s operation of EU. These are risks which can ultimately come to such ends.

Sme: What will the UK’s leaving of the EU mean for Slovaks? There are about 90,000 of them working in Britain now. Will they have to ask for work permits, residence permits, etc.?

IM: Probably the instant impact will involve especially those who are working in the UK while not being its citizens. Of course, we don’t know what the impact will be. It will certainly be a change, and not a positive change. The biggest fear, and not only for Britain but also for Europe, is the re-building of borders, barriers to free movement of capital, people, goods, services. This has been the indisputable advantage of the EU.

Sme: Several big companies residing in the UK had said before the referendum that if Britain votes for Brexit they would re-settle in the EU. Could this be an economic shock for Britain but a positive effect for the EU.

IM: I don’t think that from the general point of view this will be a positive for the EU. The costs or other consequences of the UK’s leaving will certainly negatively surpass this small positive side. It must be also said that not all firms that have announced this would do so. The business sector itself was against the exit, as they realised the risk, and thus they announced in the campaign the possible leaving. But the campaign was over-exposed. Now, the leaders will try to re-unite the divided country. In other words, I expect that all predictions that both camps standing antagonistically against one another declared in campaign will be fulfilled.

Sme: Slovak central bank, NBS, calculated that Brexit should not have such a great impact on Slovakia. However, Germans expect quite a distinctive impact on their economy; and we are very connected with the German economy. What do you think: will Brexit have any impact on Slovakia?

IM: It will have impact. Maybe not directly, and maybe not immediately – not only in connection with the exit itself; that is just the first step. If it has an impact on the German economy then, of course, it will also have an impact on the Slovak economy.