Brussels to get a taste of Slovak culture

Several events planned to introduce the country to the EU from various angles. 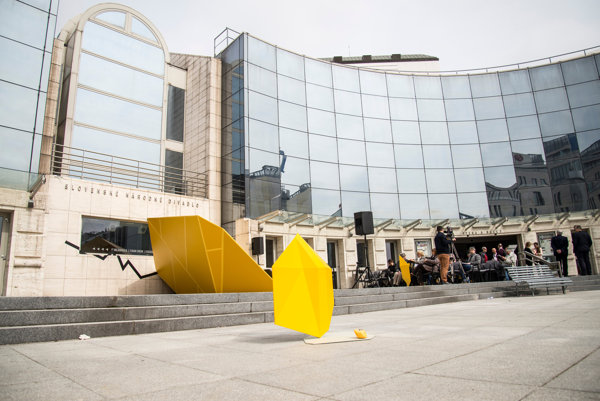 Slovakia will present itself during its first presidency over the Council of the European Union not only with diplomatic events, but also with a rich cultural programme composed of music, dance, theatre, film, design and artistic performances and exhibitions. The events are planned to be held within the country, and also in other states where it has diplomatic representation or cultural institutes.

“Our ambition is to present the best of Slovak art and culture during the presidency,” Peter Stano, spokesperson for the Foreign Affairs Ministry which is responsible for the cultural programme, told The Slovak Spectator.

Slovakia has already launched its cultural promotion in the EU with the exhibition of Slovak design titled DialógySK (DialoguesSK) opened on June 1 in Berlin. It is a travelling exhibition composed of works of mostly young designers known not only in Slovakia but also abroad. By the end of the year, their works will be exhibited also in Madrid, London, Vienna, Warsaw and Athens, the SITA newswire reported.

Among the most important events will be two opening concerts in Bratislava’s new Slovak National Theatre (SND) building on July 1 (invited guests) and 2 (for the public, in front of SND), and in Brussels on July 7 at which the Slovak Philharmonic and the Slovak Philharmonic Choir will perform. The programme is composed of mostly foreign works, but there will also be three Slovak compositions. It will be conducted by Rastislav Štúr and choirmaster Jozef Chabroň, while soloists Pavol Bršlík, Jolana Fogašová and Štefan Kocán will perform, Stano said.

There will also be several promotional events held in the buildings of the official EU bodies, including Justus Lipsius, LEX (EU Council) or Le Berlaymont (the European Commission), as well as the European Parliament buildings in Brussels and Strasbourg and the European Economic and Social Committee’s building.