Highlights from the 22nd International Golden Beggar Festival of Local Televisions in Košice on June 15-18. 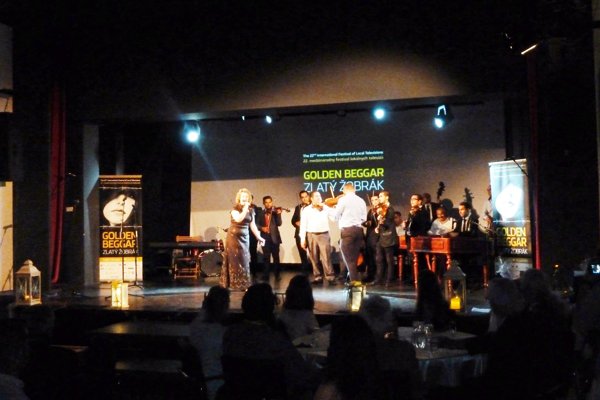 This year's International Golden Beggar Festival of Local Televisions (IFOLT) was hosted by Marcel and Eva Dekanovský; who are also founders of “TV Naša”, based in this lovely city. And tributed to the Golden Beggar, which refers to fairytale legend of someone who made much money on the streets of Košice, and finally bought a property on the prestigious Hlavná promenade. (One can visit the Golden Beggar's house, an elegant art-nouveau building with the famed beggar perched on top, bowing to passer­byers.) 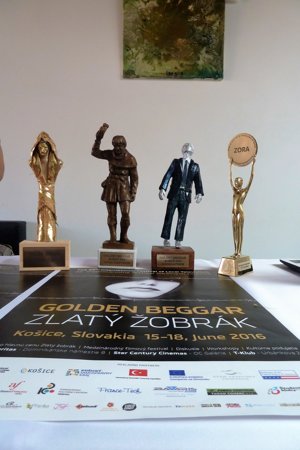 This distinguished event is the only European forum that brings local broadcasters and outside film­makers together. Approximately 300 short films from 49 countries entered this competition. The jury as well as the participants, all made up with film makers, journalists, screen writers and the like, were shown some of these at the modern day Ster Century Cinema, and at the fine Veritas arts cinema in town. As a variety of films played, such as “When Santa Claus visited Moldava”.

This film, from Slovakia, highlighted Christmas at a downtrodden Gypsy site, that turns to cheer when “Father Christmas” appears, much to the delight of the children.

Followed by “Quiet Mujo”. This touching film is set modern day Sarajevo; a young boy whilst playing football, high­kicks the ball that lands in a cemetery close by. Whilst searching, his attentions are suddenly diverted by a young lady, old enough to be his mother, who briefly comforts the child, as both are obviously in loss; before returning back to play.

Other intriguing films followed such as “The Adventures in Byhau Castle”, a film documentary from Belarus and “Me the President” from Spain as well as many others.

A little later, the Slovak premiere of the Serbian film, “Mamarosh”, was presented by director Momcilo Mrdakov; that followed with a social evening at the old town's “Bašta Gallery”, with a fine mini orchestra and glorious paintings from the Balkans. There was a significant emphasis of this region throughout this occasion.

Much can be said for the following day, as the films rolled in from Romania, Turkey, France, Estonia and elsewhere; as each one continued to take the audience and panel on enthralling journeys throughout.

Then, considering the distinguished guests; there was a lively workshop linking threats to journalism, Terrorism and Wars; Free Media versus Propaganda. As this debate intertwined with the refugee crisis, as well as the new found V4 consortium in central Europe.

Another premiere of a Serbian film “Ananet” followed by a top­class concert given by the Nis Academic Choir at the Evangelical Church at Mlynská Street. 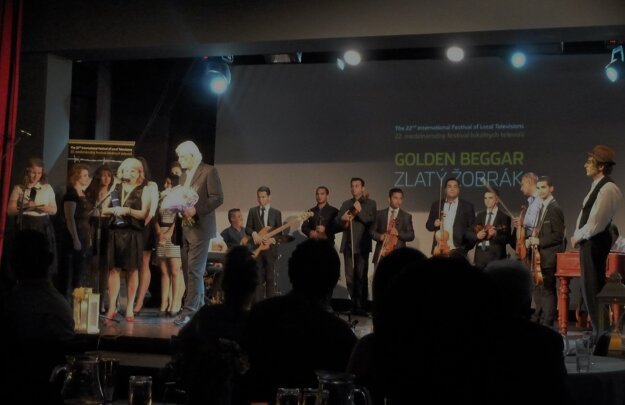 The final day began with a last round of films, such as the excellent “Siaroza” from Poland; before the IFOLT ended with a prize giving and a closing ceremony with special guests Renáta Lenártová, the vice mayor of Košice, who presented the main Golden Beggar prize for the best local television to Milan Pilipovic of Bosnian TV BN for his film, “The Rope”. And Zdenko Trebula, the governor of the Košice Self-Governing Region, who pledged to keep this cultural entourage an ongoing event in the Kosice calendar. He also presented Eva Dekanovská a certified acknowledgement for her contribution towards cultural interests in the region.

The Golden Beggar Grand Prix, in the Production Company category, went to César Esteban and Alenda Rodriguez from Spain for their film, “Not The End”.

In the Young Author category, the Golden Beggar award went to Saman Hosseinpuor from Iran for the film, “Fish”. 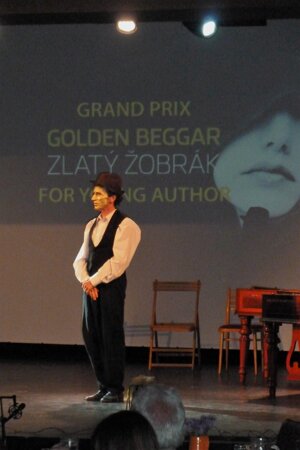 Following prizes were awarded by The Slovak Council for Broadcasting and Retransmission went to Slovak author Michal Kočiš for his film, “To See the Unseen”.

This event is not so much about The Celebrity. Rather the IFOLT represents those behind the scenes with television and films. There will be something similar in nearby Uzhgorod/ Ukraine this September. Further details will follow.

As for myself, I had a marvellous time which was literally rounded off, with a cycle ride around the nearby Zemplínska Šírava lake before returning home. I look very forward to next time.