The rare inhabitant of Nitra

Vivarium of Slovak Agriculture University in Nitra has a new member that comes from Philippines and is the most precious specimen that has been acquired so far in the 15-year history of the Vivarium. 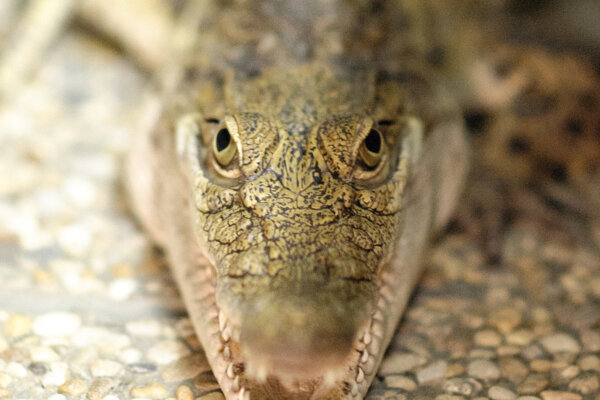 The animal is the Philippine crocodile and, as reported by authorized senior of vivarium Robert Kirchner, the crocodile is critically endangered. About 100 to 150 of adults capable of reproduction live in the wild in freshwater.

“This species, together with the Indian gavials, is the most threatened in the crocodilia family so it is one of the most endangered individuals currently kept in Slovakia. According to our available information this kind of the animal has never been kept in Slovakia,” stated  Kirchner for the SITA newswire.

The vivarium joined the rescue program for the the Philippine crocodile and hopes to achieve reproduction in the future. Currently there is no known university in Europe which has participated in the European Rescue Program by keeping the threatened species, according to available records. 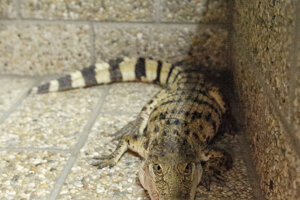 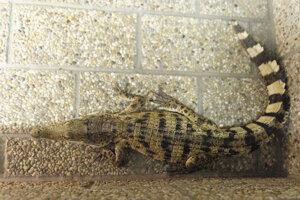 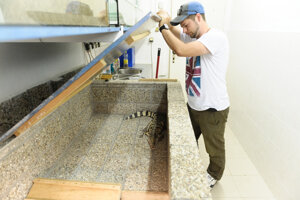 The young female of Philippine crocodile in Nitra (3 photos)

The young female that the university is getting is placed in a quarantine tank, where she will spend about a month. After that she will go to the exposure terrarium, where visitors will be able to see her. Until now she was living at Crocodile Zoo Protivín in the Czech Republic. The three year old female currently weighs roughly three kilograms and measures eighty centimeters. She is registered in the studbook of the European breeding program for endangered species.c

The Philippine Crocodiles sexually mature at thirteen years. The female can grow up to two to two and a half meters long, males on average about two and a half till three metres long, although the maximum is three and a half metres. A specific feature of this kind of animal is the intra-aggressiveness, that is why individuals have to be keeping alone during the year, except for mating season.