What comes after La Grande Bouffe?

Many consume democracy as if it were an all-you-can-eat buffet. 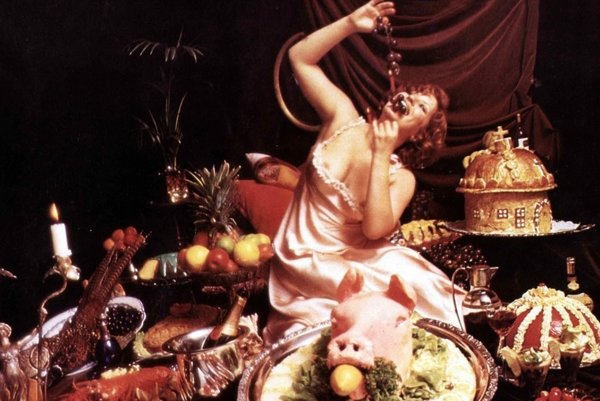 We live in a period when politicians aspire to be called heroes because they fulfill promises they should have never given but they have never had the courage to promise the things that societies truly need in these times.

The values that make us European are handled with  irresponsibility and put at risk by these politicians who are then regarded as men of principle but they never explain how the abuse of these principles move us back in time.

The applause of the masses is not of value in itself.

In 2011 a new-generation of politician who should have replaced the post-Mečiar caste in the heat of his PR campaign and dazed by the voice of his own ego, brought down what was probably the best government this country has ever had. We were wrong to think that it was a sort of anomaly. Rather, it was a sign that the time of the politics for the moment has come.

The politicians who rule in Slovakia today do think of tomorrow but only their own and that of the providers of little services of various kinds. That is why the tomorrow of the country gets ever browner. Not even the decaying stink of fascism is a strong enough warning. Part of the electorate no longer votes for the lesser evil, they vote for the biggest of all.

Many now consume democracy as if they were invited to the grand buffet or as if they were hungry and just let into an all-you-can-eat restaurant. After they are sated to the point when blood no longer circulates in their brain, they spit into the dishes just to make sure that nobody else will ever get a bite of their flavour of democracy. Not even them.

A world built of lego

It is as if a part of society did not want to learn the difference between myth and fact. They cheer for a version of the world that is not viable, that is deformed and deceitful, that contradicts the most valuable achievements of democratic societies.

It is as if they believe the populists and the extremists who claim that the world can be reconstructed and controlled as if it was built of lego bricks and if they follow, they will be able to pick the colours, the size and the shapes.

They will be able to set the borders and select the citizens and they will feed and employ all those chosen.

Those  they don’t want  will be discarded in a big bin for unwanted toys.

They also believe  that everyone will respect such a society built of lego. In its isolation it will be immune from the quakes in the region and in the world and that the handful of little tin soldiers whom they set to guard it will protect it. They will not; especially not from itself.

Many do not understand that it is simply not possible to pick only those ingredients they like from the plate of globalization. We cannot keep some of the achievements of the democratic and closely interlinked world, and flush the rest of it in time because “we owe nothing to nobody” and we are only responsible for that which is ours.

With such an approach we are opening the road to autocratic leaders. They might be our own, but they have no scruples at all; no responsibility. They do not respond to anybody for anything. Freedom par excellence?

Rather a  return to the era of Vladimír Mečiar, who told the West that if they did not want him, he would go east and take the whole country with him. The difference is that today some refuse the values of the “western” community that we have become a part of.

It would be the worst version of Slovakia that would reach deep into the darkest history of this nation.

Part of society has deliberately given up democracy in exchange for the slogans that sound  sweetest in extremist ears but when confronted with reality they evaporate faster than the morning mist.

It is as if they were giving a willing nod to the dictators of the world who used to claim that a human is not designed for life in a democracy. His knees bend under the weight of the freedom to choose and this freedom unnecessarily disturbs him. He will never be happy and human rights are but an overpriced luxury of which there isn’t enough for all anyway.

We are willing to divide human rights into theirs and ours. But there is no special version of human rights for white Christian Central-European men and another for all the rest.

We weaken the third sector as if we did not need its work anymore. We label them naïve people from the café and doom them to drawn in fundraising. All the while it is this community that often does the job of governments who  prefer to simulate ignorance of what their own citizens might demand.

There is no planet B

There is no planet B. This is what we have got. We consume the planet in a way that falls far from anything we could sustain, said Kate Gilmore, the deputy UN High Commissioner for Human Rights during a human rights conference.

We live in an era of politics for the moment when the applause of the voters, drunk with anger, means more than answers to serious questions. What is our plan? What are we leaving behind for the next generation?

Will our legacy be a world where politics is just one big cabaret and the one who tells the biggest nonsense gets the biggest round of applause? Will we be able to carry forward the achievements of globalisation, democracy as it has been dreamt up by the best political minds of generations? Where will the next generation go if the world we leave behind is not be a place to be lived in?