A premiere of the Slovak Fiwa World Rally welcomed worldwide brands from the automobile industry, among them some historical pieces that are the last remaining model. 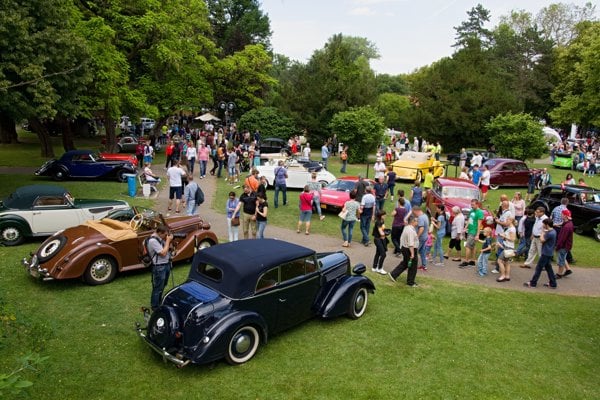 The inhabitants of Bánovce nad Bebravou, Svinná, Beckov, Kočovce, Lúka, Hôrka, and Hrádok or Mníchova Lehota could admire historic treasures in the automobile industry in early June. They rode along the Piešťany - Bojnice route and also through the Trenčín Region in the framework of the international meeting of veteran car owners Fiwa World Rally Slovakia 2016 in Piešťany, the Nastrencin.sme.sk website reported.

The event was attended by the polished veteran cars of worldwide brands such as BMW, Mercedes, Bentley, Ferrari, Rolls Royce, Chrysler, Duesenberg, Cadillac and a unique piece from 1907 of the now defunct French carmaker Lorraine-Dietrich.

The world rally Slovak premiere was also attended by a participant from Nové Zámky, Miroslav Zehetner, with a graceful ride in a Chevrolet Corvette from 1977.

“I bought Chevrolet from a Canadian who moved it to Slovakia by boat,” said Zehetner, as cited by Nastrencin.sme.sk. “It had driven only 56 thousands kilometers and every part of the car is original.”

The French Lorraine-Dietrich  was the history king of the prestigious event. To start it, the driver spins the four-cylinder ragwort, that survived two world wars, by crank and the engine turns into an energetic young man.

“Our predecessors worked honestly. Materials were not compromised and that is why everything lasted. The engine still had not needed an overhaul,” said František Kudela, the owner of the oldest car of the event from Kroměříž, Czech Republic, as quoted by Nastrencin.sme.sk.

Kudela has traveled five thousand kilometers in the car without any technical problem for five years. His model is the last existing one. 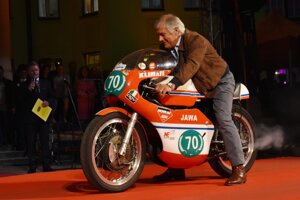 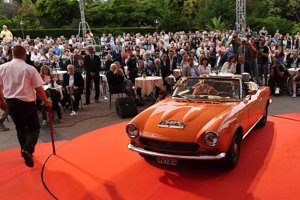 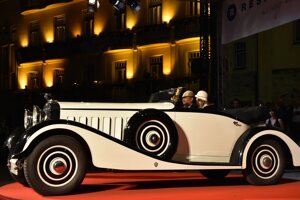 The last car that rides on steam power without any renovations is owned by Ludvík Otto from Olomouc, Czech Republic. He was riding on the Slovak roads in a Woods-Stanley vehicle from 1916.

An American seven-liter luxury Duesenberg from 1930 is possessed by Anton Kiaba from Nováky (Slovakia). At the time of its creation, when a beautiful house could be bought for 3 thousand dollars, it cost 20 thousand of dollars, according to Kiaba. “For comparison, Fords costed 400 to 800 dollars at that time,” he explained for Nastrencin.sme.sk.