Neither a folklore performance nor a traditional rock festival is the most mass visited event in Slovakia. Every year, about half a million people come to the Marian Hill – Mariánska hora – in Levoča during two days of pilgrimage. 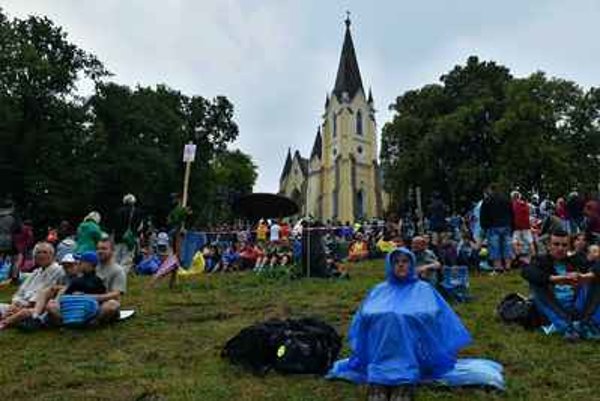 The pilgrimage in the eastern-Slovak town of Levoča starts on the first weekend in July, a fixed time for  this annual event.

Behind this big number is mostly the traditional respect for Jesus’ mother, Mária, given by Slovaks, ethnologist Katarína Nádaská explained for  Sme daily. Many believers, and not only from eastern Slovakia, deem her the "mediator" who can procure and arrange things for people with her son.

The cult of Our Lady of the Seven Sorrows is strong in the country and she is even the patron-saint of Slovakia.

But visitors are also attracted by the special atmosphere of the event as well as the tourist value of it, Sme wrote.

This year, some 400,000 people flocked to Levoča. Not even the bad weather with storms and rain discouraged the crowds of Catholic believers from participating in the ceremonial holy mass in Levoca which is the traditional culmination of the annual Mariánska pilgrimage. Apostolic Nuncio to Slovakia Mario Giordana greeted and blessed the pilgrims on behalf of Pope Francis. The organisers said for Sme daily that the attendance this year was slightly lower than in previous years, probably due to the storms. 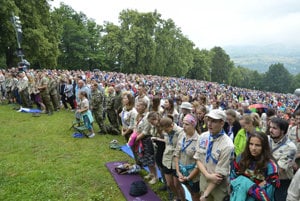 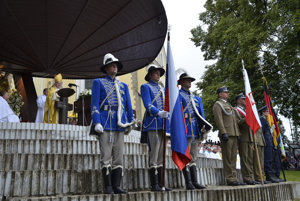 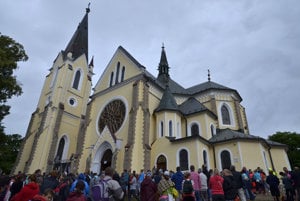