Events will mark both of them 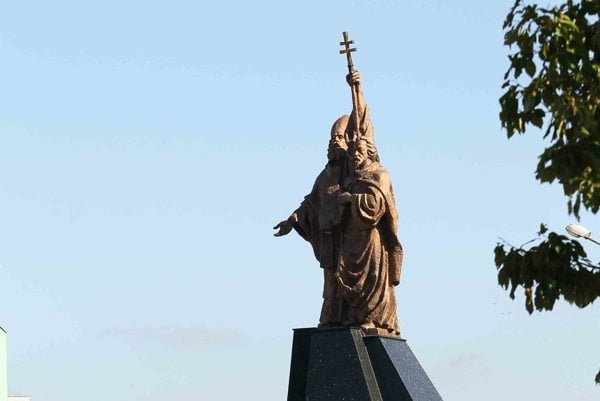 Slovakia holds a state holiday on July 5, commemorating the arrival of Byzantine missionaries, Saints Cyril and Methodius to the territory including a part of current Slovakia in the second half of the 9th century. As of 2006 the country marks the same day also as the Day of Foreign Slovaks.

Cyril and Methodius, two brothers from Thessaloniki, Greece, came to the territory of today’s Slovakia in 863. Though they spent only around 20 years in what was then known as the Great Moravian Empire, they are still considered to be among the most remarkable personalities in the early history of the region.

The spiritual message of the two brothers’ visit helped fuel the Slovak national awakening in the 19th century. Their importance grew in 1980 when Pope John Paul II declared Cyril and Methodius patrons of Europe.

Based on the latest archaeological findings, while Christianity was already present in this territory during the time of their arrival, they helped to spread the word among common people as they offered masses in Slavonic language – understandable to local common people, unlike Latin. They also invented a special script, Glagolic.

Slovak communities around the world mark the Day of Foreign Slovaks on July 5. On this day they meet and organise various social and cultural events.

The Office for Slovaks Living Abroad (ÚSŽZ) invites on its website fellow countrymen to commemorate the Day of Foreign Slovaks in the Sad Janka Kráľa park in Bratislava’s Petržalka.

Exactly on July 5 ethnic Slovaks from Hungary placed in this park a 4.5-tonne monument sculpted from red marble. This is the foundation stone of a future memorial of Slovak emigration.

Thank you for singing up. Shortly an email will be sent to the address you provided to verify your e-mail.
Error! Please try to register again later, your e-mail was not registered.
Your email is not in a correct format.
Please confirm you are not a robot.
Share on Facebook (97)