Clark: Complexity of the project has changed

John Clark managing the final works on the third and fourth units of the nuclear power plant Mochovce spoke about the project and more. 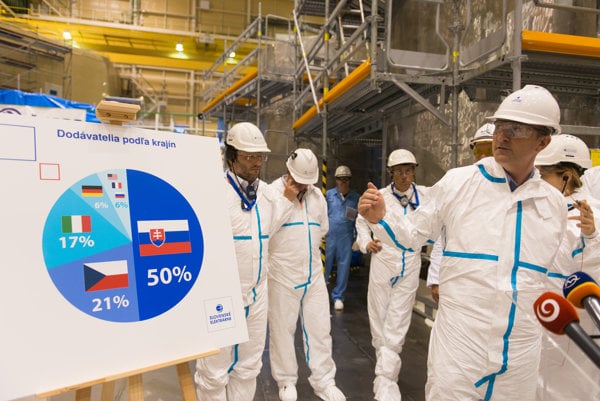 While the current world is obsessed with renewable energy John Clark believes in a mix of energy resources and that nuclear energy, as a viable and reliable source of energy, has its place in it.

After having worked for almost five years for the Italian energy concern Enel in Russia, Clark was recently appointed to manage final works on the third and fourth units of the nuclear power plant Mochovce of Slovenské Elektrárne (SE). The Slovak Spectator spoke with Clark about completion of the second two units of Mochovce and more.

The Slovak Spectator (TSS): You have become the new project director of completion of the third and fourth units of the nuclear power plant in Mochovce some weeks ago. In what condition was the project when you took over?

John Clark (JC): I only came here three months ago, but I have had the opportunity to visit the site several times even since 2007 [Ed. note: the completion of Mochovce  third and fourth units started in 2008]. So between then and now at least I have been able to see the evolution of the activities on the site. On unit 3 we are now very advanced, although sometimes it is hard to understand when you are actually on the site because it seems that there is still a lot of work going, but most of them are minor finishing works. So at the end of May we had 92.5 percent of completion of unit 3, which means construction is basically completed. Major things that we have to complete are the installation of remaining cables and connection of the cables, and all the testing and commissioning we have to do before we can do cold and hot hydrostatic tests, fuel loading and then really start with the reactor. 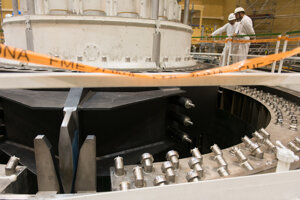 TSS: When you took over this project three months ago, were you satisfied with how it was managed in the past?

JC: Satisfied is big word. I think we are never satisfied and that we are always looking for things to improve, to optimise the team and to optimise whether we manage things. So it has never really been a project where we stood still and were satisfied, that would say that what we are doing is enough because it is never enough. I think that over the last one year or one-and-half-years the project has made very good progress.

TSS: Do you thing that your predecessors managed this project properly?

TSS: So what exactly is your role here?

JC: Very clear task – to complete Mochovce to the right level of quality, reliability and safety and successfully transfer it to the operations.

JC: Projects like this are not measured by the power price you see one day, one month or one year. The investment in major plants like this, whether it is nuclear or non-nuclear, is a substantial investment that takes a substantial time to implement. Major investments need a long-term market view. Of course, it is true that the market is changing, the world we have today is completely different compared to the world we had five years ago, but we still believe that Mochovce has its place on the market for the future. We believe that it is correct to finish the project. You do not make a €4.6 billion investment to abandon it a few hundred million euros from the end. It would be the wrong thing for the shareholders, the country as well as the market. The company, the market, the shareholders have an expectation that we will finish this project.

Up to now we were only investing, we haven’t had any return, every euro generated by SE has been put into investment; none of them is going to the shareholders as dividends. So it is clear that it would be a wrong decision not to continue.

TSS: Is there a chance that Mochovce will be profitable?

TSS: What has to happen for Mochovce to become profitable?