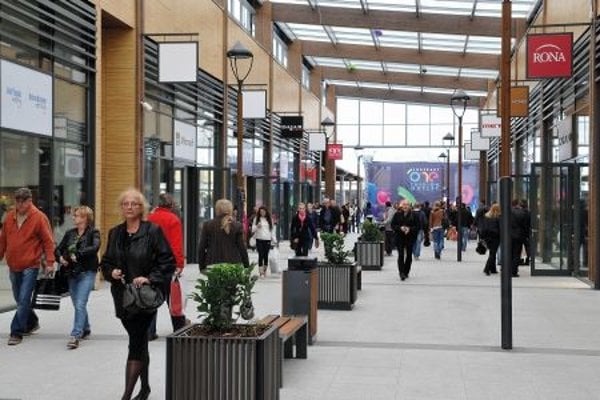 The One Fashion Outlet 1 company, which owns the first outlet in Slovakia situated in Voderady (Trnava Region), will soon start the restructuring process, the Hospodárske Noviny daily reported.

In the beginning, the expectations were high and the idea was to open a kind of Slovak Parndorf centre, i.e. the outlet offering well-known brands for favourable prices. The situation after 2.5 years since the opening is, however, different.

“The company entered the unknown territory as the outlet centres are built on much more complicated structure than shopping centres and retail parks,” Matej Kostúr, one of the partners of One Fashion Outlet 1, told Hospodárske Noviny.

The restructuring process should not impact the operation of the outlet centre, he added.

Its aim is to stabilise the project, increase its potential, protect the business partners and offer space for the entrance of a new investor, Kostúr said. He added they have already launched talks with some new investors.

Moreover, the company already received support for the next step from its biggest creditor, VÚB bank, the TASR newswire wrote.

The situation of the outlet centre has not been good as its launch was not as strong as expected. Its owner reported a loss of more than €2 million each year. The revenues amounted only to €2 million last year, down from €3.3 million in 2014. Among the most frequent reproaches was the lack of exclusive brands or low sales, Hospodárske Noviny wrote.

Analyst Ľubomír Drahovský assumes that if the outlet wants to be successful, it should combine the goods for prices lower than in luxury shops.

The daily also reported that one of the partners in the outlet was reportedly also Bašternák, who is now suspected of tax fraud. However, he was removed from the business register in December 2015.