Cibulková drops out of Wimbledon

Despite the loss, the Slovak tennis player talks about a successful series. 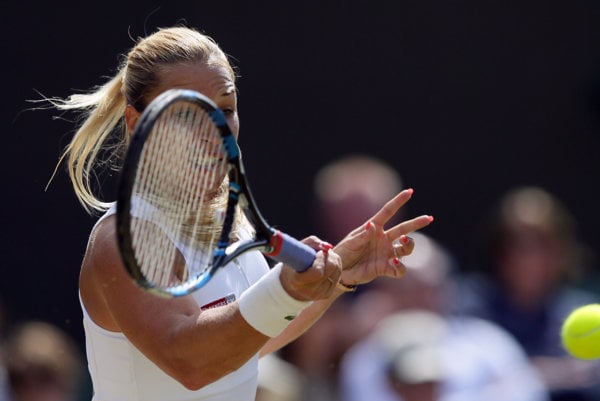 Dominika Cibulková did not advance to the semi-finals at Wimbledon after she was defeated by Russian player Elena Vesnina in two sets ending 2:6 and 2:6. Despite the loss, Cibulková performed well on grass courts, as she won the tournament in Eastbourne and did not lose nine matches in a row, which has been her best result so far, the Sme daily wrote.

“If somebody told me in the beginning of the grass court season that I would win in Eastbourne and would participate in the quarter-finals of Wimbledon, I would not believe them,” Cibulková told the SITA newswire.

The tennis player did not repeat her great performance from July 7 when she beat world number 3 Agnieszka Radwanska. Cibulková admitted that among the factors impacting her game was the difficult match against the Polish player, though she did not want to underestimate Vesnina’s game, Sme reported.

After last year’s leg surgery, Cibulková is gradually returning among the top world tennis players. She started the year 2016 at 38th position in the WTA ranking, but before Wimbledon she moved up to 18th position and thanks to her current performance she has moved to 12th place. If she continues to play well, she may soon be ranked among the top 10 players, Sme wrote.