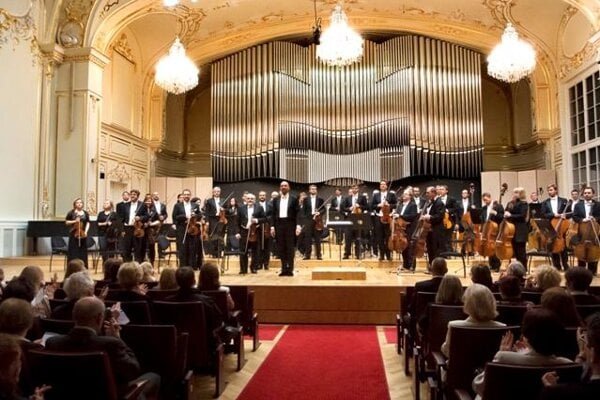 The opening concert with choirmaster Jozef Chabroň and conducted by guest conductor Rastislav Štúr takes place on July 7 in the Bozar centre. Featuring operatic overtures, arias and choral works it will be performed by renowned Slovak soloists – soprano Jolana Fogašová, tenor Pavol Bršlík and bass Štefan Kocán. The SF will also play in Rome during the Slovak presidency, the SITA newswire wrote.

In Bratislava, the Slovak Chamber Orchestra (SKO) Bohdan Warchal, led by Ewald Danel will play on Monday July 11 in the Knights’Hall of Bratislava Castle – works by Mozart, Antonín Dvořák and contemporary Slovak composer Vladimír Godár. They will be performed during the meeting of the Council of Environment Ministers. In the autumn SKO Bohdan Warchal will represent the country in the Polish cities of Warsaw and Wroclaw, marking the Slovak presidency. Wroclaw also currently holds the title of European Capital of Culture 2016.