In a repeated motion, President Andrej Kiska refused to appoint three judges to the Constitutional Court. 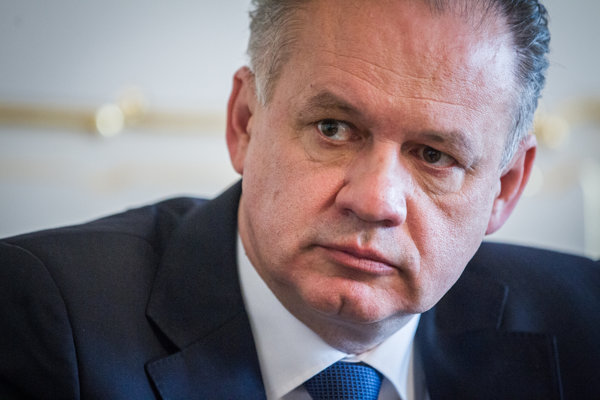 However, he appointed five rank-and-file judges to unlimited terms at the recommendation of the Judicial Council on July 6.

The president refused to fill three Constitutional Court vacancies by rejecting all five hopefuls: Eva Fulcová, Juraj Sopoliga, Miroslav Ďuriš, Jana Laššáková and Mojmír Mamojka. He claimed that requirements for Constitutional Court judges highly exceed regular requirements that apply to general courts in terms of expertise and societal acceptance. “These requirements cannot be met by applicants who prior to securing their nomination have never, for instance, displayed interest in constitutional law, protection of constitutionality and fundamental rights and freedoms – whether in their professional history, or in academic environment,” Kiska argued, as quoted by the TASR newswire.

He stressed that his decision should not be viewed as an evaluation of candidates’ qualities or their accomplishments in the fields in which they were most active. “In all cases, however, in the same fashion as before, my decisions are transparent and guided by clear principles and criteria that I announced publicly before,” he claimed, referring to his previous refusal to fill these positions.

Thus, the number of candidates for constitutional judges elected by the ruling Smer party whom Kiska refused to appoint has increased to seven, the Sme daily wrote on July 7. In case of Laššáková and Mamojka, he argued that when examining these candidates he took into consideration their professional operation, records from sessions of the parliamentary constitutional and judicial committee and also the result of his interviews with both candidates.

Justice Minister Lucia Žitňanská was not able to imagine Smer’s long-time MPs as constitutional judges before elections. She said that switching from active political activity to court is unacceptable. Now she said that she respects the decision. Ministry spokesman Peter Bubla said on July 6 that the ministry still intends to focus on the drafting of constitutional legislation on the creation of the Constitutional Court.

In 2014, Kiska rejected five out of six candidates for three Constitutional Court judge vacancies, who were green-lighted by the parliament. He appointed judge Jana Baricová to the prestigious judicial post, while turning down the remaining five candidates on the grounds that he did not find sufficient interest among them in the constitutional law, even though the quintet met the legal requirements. Another post has been vacated since February, when the term of judge Ľubomir Dobrík expired, TASR wrote.