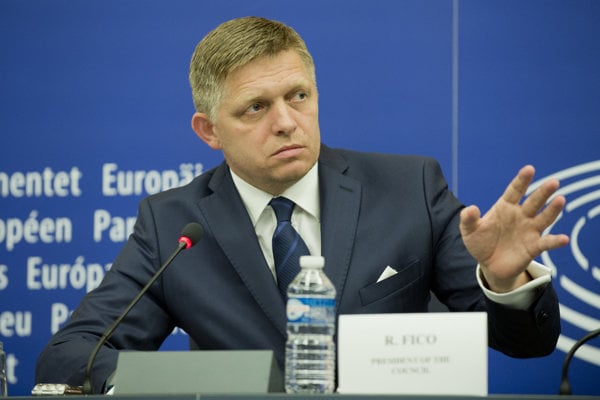 Leaders of the European Union’s member states have to come up with substantial answers to the loss of confidence in the EU by European citizens. Otherwise, it would lead to the rise of populism, said Slovak Prime Minister Robert Fico in his July 6 speech to mark the start of Slovakia’ presidency of the EU Council in the European Parliament.

It is necessary to overcome the fear of political leaders, but also that of the people, which triggers separatist forces, contributes to fragmentation and shakes the EU’s institutional basis and European values and ideals, Fico added.

“People demand new trust,” he said, as quoted by the EU Observer website, adding that the EU cannot only focus on crisis management.
During the informal summit of 27 leaders in Bratislava scheduled for September 16 they will have to discuss the long-term vision for the EU, Fico continued. He warned against a “business as usual” statement coming out of the Bratislava summit, which would only prove the eurosceptics right.

The EU needs to be more flexible, more responsive to diversity, and it should get rid of the stamp of elitism and be more understandable for citizens, who perceive it as divorced from their reality and everyday problems, Fico went on. The UK vote was a confirmation of this, he added.

Despite the pro-EU speech by Fico, the leader of the conservative European People’s Party group Manfred Weber in a following debate reminded the house that there was a tone of populism in the recent Slovak elections.