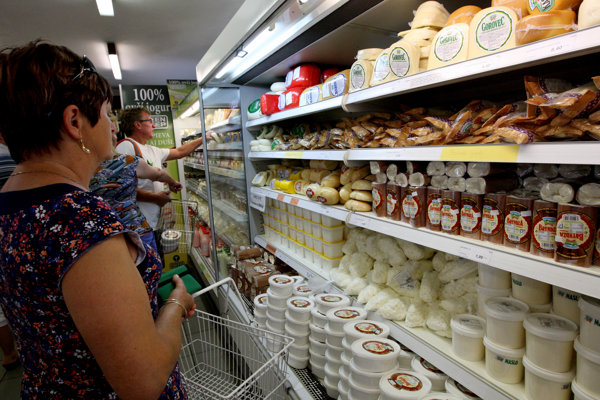 The Anti-monopoly Office (PMÚ) has uncovered an unlawful vertical agreement for the sale of milk and dairy products. Nine businesses engaged in the supply and retail sale of dairy products have been given an aggregate fine of almost €10 million. This is a first-instance verdict which those involved can challenge, Adriana Oľšanská, spokesperson of PMÚ announced on July 7 as cited by the SITA newswire.

On the basis of inspections and checks PMÚ has come to a preliminary conclusion that an important supplier of dairy products and important retailers may have violated the law.

“Those involved might have violated the law by clinching verbal agreements with each other while their joint goal should have been resale price management between the years 2009 and 2014,” said Oľšanská.

As a consequence PMÚ believes that retail sellers of final products did not operate in the market independently.

One of the fined entities admitted voluntarily to the deed and took responsibility for it. As a consequence their fine was halved.