After years of decline, hope glimmers for a rare falcon thanks to cooperation between associations. 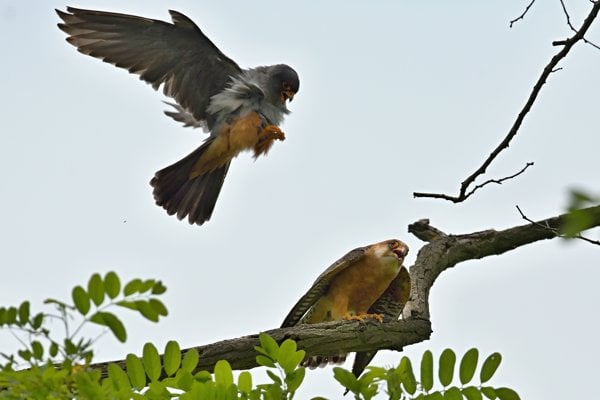 Ornithologists have confirmed that red-footed falcons are nesting, which are critically endangered in Slovakia.

Three females are sitting on eggs and it is expected that another pair will nest. For chicks to successfully grow, the most beautiful bird of prey in Slovakia needs spring weather without major storms, which may cause the nest to fall, blow the eggs or chicks out of the nest, and decrease insect numbers. This year nesting has been postponed because of cold weather and lack of food; the three females just started to sit on their eggs.

“Red-footed falcons spend a winter in Sub-Saharan Africa, then fly to us usually in May, but this year we observed them in our country by the end of April,” said Roman Slobodník in a press release from Raptor Protection of Slovakia, adding that they eat mainly insects and rodents.

The falcons are known for using nests already built by other birds, especially the ravens species, as reported by the press release. 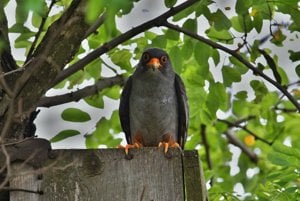 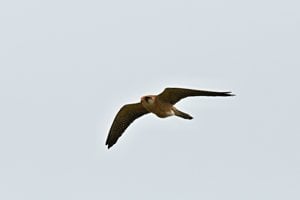 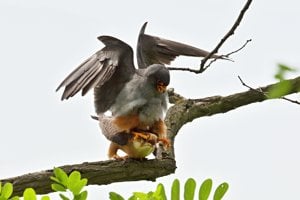 The most beautiful bird of prey nesting in Slovakia (4 photos)

“In certain localities we managed to establish a cooperation with hunting associations,” explained Slobodník, “so that they will not blast raven species of birds in their hunting grounds, as the falcon is nest dependent on them.”

The efficacy of this measure has been immediately confirmed: after more than ten years one female nested in a crow’s nest, while the other two in nested in boxes built for birds. The Raptor Protection of Slovakia Association want to continue checking the nests to see if another pair will be created.

Just one to three pairs of falcon red-footed have successfully nested in Slovakia in recent years, while two decades ago protectionists enjoyed up to seventy pairs.

“Last year just four little falcons were born to only one pair and we believe this year will be more favourable for our handsome fellow among predators,” concludes Slobodník.