Tourists met in the battlefield

The highest cemetery in Slovakia was visited by tourists to honor the memory of soldiers. 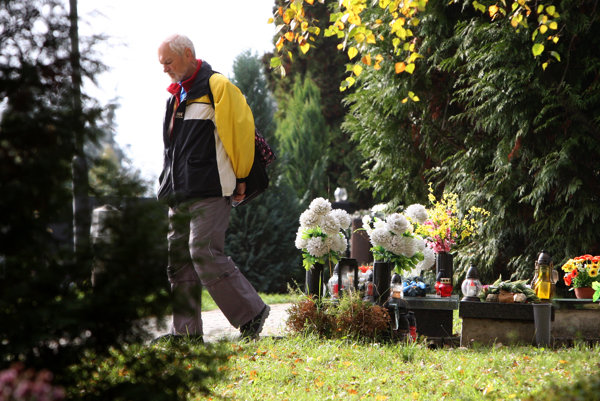 The second year of the climb to the highest cemetery in Slovakia, illustrative stock photo. (Source: Ján Krošlák)
Font size:A-|A+

The second tourist hike up the hill Hodošík was attended by about thirty enthusiasts, as reported by Miroslav Bober, Head of Department of the Cultural Center in the village Stakčín.

“That place is a memory that the First World War was nothing good. That’s why we are now doing something good for us and our bodies with physical activity and familiarizing people with what happened here,” stated Bober for the Humenne.korzar.sme.sk website.

The experience of the event was enhanced by members of the Military History Club, who fired a volley in honor of fallen soldiers in period uniform.

The second year of the climb was attended by many people who took part of this event two years ago as well. People want to repeat good things, reasons Bober.

“It is possible that this tourist memorial ceremony will become a tradition.” said Bober for Humenne.korzar.sme.sk website.

Three hundred and forty soldiers were buried in two cemeteries in Veľká Poľana. One of them is on the northern edge of the municipal cemetery next to the ruins of  the bricked church of Saint Michael the Archangel.

The second cemetery is right at the top of Hodošík at of an altitude of approximately nine hundred and eighty metres. Forty four individual graves are at this grave where officers are buried. The remains of ordinary soldiers are deposited in twelve huge shafts, as reported by Miroslav Buraľ, Deputy Mayor of Stakčín.

Six hundred and sixty eight soldiers of the Austro-Hungarian and Czech army are buried, according to the latest data from the military archives in Bratislava that Buraľ studied.

The cemetery in Hodošík is in memory of the Big Night Battle in the Carpathians, which took place here in 1915. After the battle it was decided that the soldiers would not be brought down to the village, but the cemetery will be created on the grounds of the battlefield. The cemetery is taken care of by the Municipal Office of Stakčín, as reported by Bober.