A van carrying illegal migrants from Iraq, Syria and Iran crashed near the Jarovce-Kittsee crossing on the Slovak-Austrian border July 9. 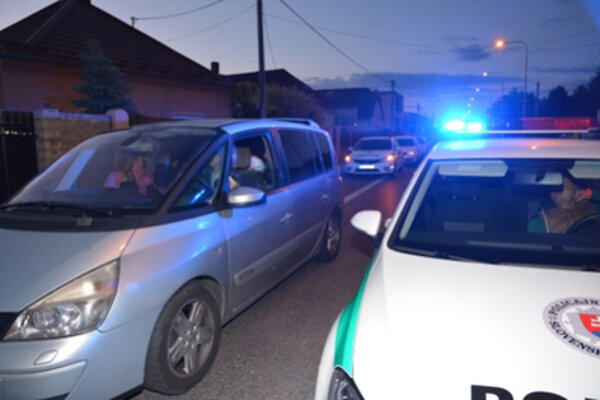 “It was a van carrying illegal migrants from Hungary through Slovakia to Austria,” Slivka said. “The driver of the suspect vehicle disregarded special warning and sound signals and the STOP light signal [by police] and speeded up the vehicle rapidly instead. He attempted to escape the patrol at a speed exceeding 160 kilometres per hour, thereby endangering other vehicles and pedestrians. The police patrol had to use warning shots into the air several times. The fleeing vehicle eventually turned upside down at high speed.”

Apart from the driver, the van was carrying eight people, including five children. All passengers were given emergency medical assistance and some of them were transported to Bratislava hospitals.

The youngest, an infant, was only five months old; the oldest child was around ten years old. All five children involved in the crash were admitted to the Children’s Faculty Hospital in Bratislava. “One child had to undergo surgery,” hospital spokesperson Dana Kamenická said, adding that the most frequent injuries suffered by the children included concussions, lacerations and contusions.

An adult woman underwent surgery at the Antolská Street hospital later on the same day. Her condition was not life-threatening, however. Two other adults were treated with minor injuries at Kramáre before being released.

The driver, who was not identified, was arrested and is now facing charges of human smuggling, battery and endangering the general public. He faces up to ten years in prison if convicted. In the van, there were nine migrants from Syria, Iraq and Iran, all asylum seekers in Hungary when the accident happened, the Pravda daily cited police information.