NATO is a space for cooperation

Recent events have fundamentally changed the landscape and security environment in Europe and around the world. 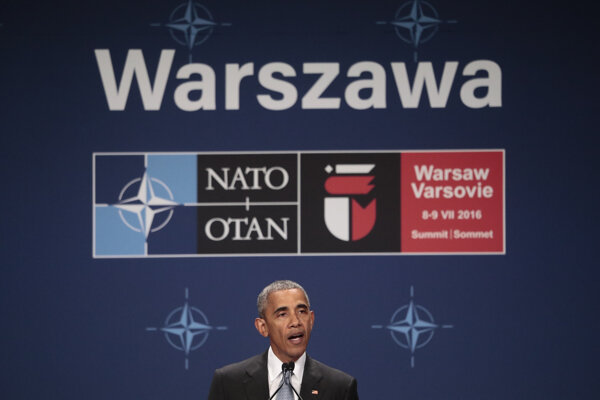 These new challenges have led us to recommit to old alliances and partnerships and to transform and strengthen them as we adapt to a new reality.

The United States works with its NATO allies to ensure the security of all members and recently, this has meant going back to basics, to NATO’s fundamental mission of collective defense. As President Obama has said, NATO is the bedrock foundation of global security arrangements. The world looks to the transatlantic community to address nearly all of its most serious challenges. Even with the United Kingdom’s recent decision to leave the European Union, that community remains strong through NATO, through the US-EU partnership and through the NATO-EU partnership.

To the east, the crisis in Ukraine has reminded us how important NATO and its protections are, and we are working with our allies to deter Russian aggression. To the South, almost all NATO allies are participating in the counter-ISIL coalition. And in a step to enhance cooperation between the EU and NATO, last winter, NATO defense ministers agreed to deploy ships to the Aegean to assist Greece, Turkey and the EU in their efforts to deal with the migrant and refugee crisis. This deployment is helping to make a difference, and it continues to be effective.

NATO leaders met in Warsaw last week to recommit to its fundamental mission, with the key objectives of enhancing NATO’s collective defense and deterrence, projecting stability beyond the Alliance’s borders, and expanding cooperation with the European Union. NATO’s efforts to boost deterrence and defense depend on having the right capabilities and resources, which means that all Allies need to meet their commitment to spend 2% of GDP on defense, and NATO allies will take stock in Warsaw of their progress in increasing defense spending.

Here in Slovakia, US and Slovak soldiers regularly train together to familiarize themselves with each others’ equipment and procedures, increasing interoperability and our soldiers’ capabilities. Eight A-10 Thunderbolt II jets just arrived in Slovakia to train with the Slovak Armed Forces and other allies in the region.  Slovak pilots also began training earlier this year to fly UH-60 Blackhawks. Last week, a group of American university students came to Slovakia for a three-week Cultural Understanding and Language Proficiency (CULP) program to train with Slovak Cadets from the Slovak Military Academy and learn about Slovakia. This fall the United States will also participate in the Slovak-hosted Tobruk Legacy and Slovak Shield Exercises.  A NATO Force Integration Unit (NFIU) will also open in Slovakia later this year.

Today in Warsaw, leaders are making important decisions to enhance our collective defense and deterrence to ensure continued stability, security, and prosperity for Europe and the world.