ZSSK investigated for cartel on sale of used carriages

European authorities are investigating several companies including state-run carriers in neighbouring Austria and the Czech Republic. 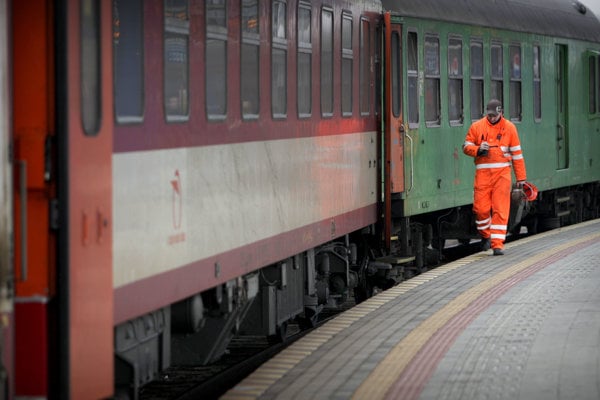 The European Commission (EC) suspects railway carriers including Slovak state-run carrier ZSSK of a cartel agreement in order to stymie competitors out of the market of used carriages. Already in late-June, investigation teams from the EC inspected companies in a number of EU member states.

During the inspections, EC seeks to verify whether companies have acted in accordance with the rules for sales of used train carriages. Inspection does not definitely mean that the company is guilty of committing a crime, said Andrej Králik of the Representation of the EC in Slovakia.

“Unannounced inspections of business premises are a preliminary step in investigation of unfair anti-competitive practices,” said Králik, as quoted by the Sme daily.

In addition to ZSSK, the EC is also investigating companies in neighbouring Austria and the Czech Republic. While Austria’s ÖBB confirmed the investigation to AFP news agency, České dráhy did not want to comment on the EC procedure, the Euro.cz website reported.

Jana Morháčová, spokeswoman of ZSSK, explained that while ZSSK itself lacks serviceable trains it sells only carriages after their life-cycle and in a state of high wear and tear for scrap.

“Exceptionally it sells carriages to civil associations dealing with railway transport as museum exhibitions,” Morháčová told Sme, adding that the company fully cooperates with the EC to ensure all necessary information.

Even in the past, the EC criticised that state-run railway companies in Europe prefer to scrap useless public locomotives and carriages, which after repair or modernisation could still serve in operation, before selling them to private carriers, said Desana Mertinková, railway transport expert and the editor-in-chief of Železničná Doprava magazine.

“The EC considers such practices as anti-competitive and conflicting with principles of a good landlord,” said Mertinková, as quoted by Sme, “the price of the vehicle is different when it is sold for further use or for scrap.”

Mertinková added that Regiojet bought in past older carriages from ÖBB, Deutsche Bahn and Switzerland’s SBB. In Slovakia, the problem is more visible in more liberalised freight transport where Antimonopoly Office penalized the state-run company Cargo which refused to sell unused locomotives to private carriers.

“Cargo avoided a similar penalty in the recent sale of 12,500 freight carriages when it sold also more than 4,000 carriages for their subsequent scrap,” Mertinková told Sme, “however, it cut down their accounting value of €40 million as its net loss that had to be covered from other sources.”