There were 200 people in Bratislava protesting against top government figures. 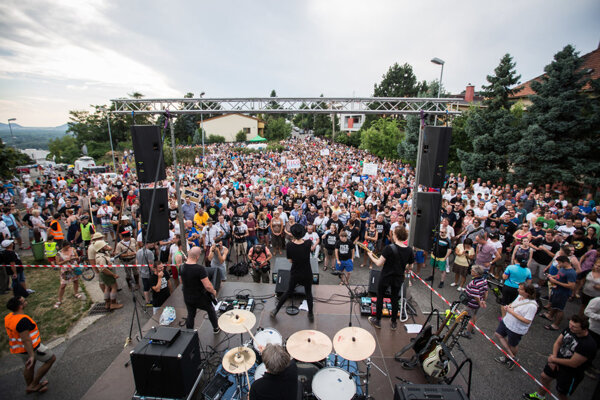 The fourth protest calling for the resignation of Interior Minister Robert Kaliňák and Prime Minister Robert Fico of Smer started with fewer people than organisers are used to seeing. Only around 200 people came on time.

However, with altogether 2000 citizens participating, streets close in front of the Bonaparte apartment complex where Fico lives were not as occupied as they have been in the past. To compare, there were 3000 people attending the July 4 protest. 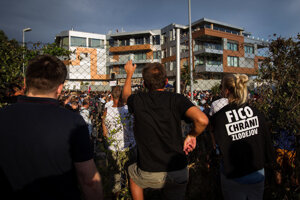 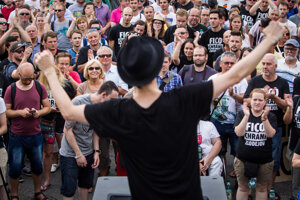 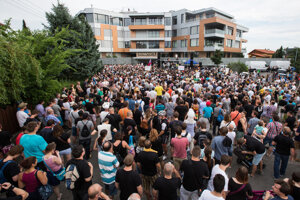 The protests were organised for a fourth Monday in a row by Opposition parties OĽaNO and Freedom and Solidarity (SaS), and they are pushing for Interior Minister Robert Kaliňák to resign for allegedly covering up tax fraud involving businessman Ladislav Bašternák. They also want to Prime Minister Robert Fico to resign for covering Kaliňák’s role in the case. The first protest was held on June 20 in front of the Bonaparte apartment complex where Fico lives. 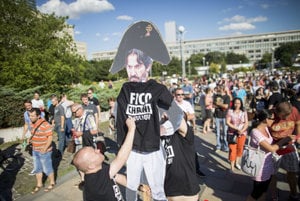 Contrary to previous protests the most recent one was significantly calmer. Instead of passionate shouting “resign, resign” or “to jail, to jail” people were rather listening to musicians playing on the stage. The programme disappointed some protesters who later decided to leave.

There was also another protest in the city of Žilina where around 1,000 people came.