Connecting Europe through territorial investments, reacting to people’s needs and the need for cooperation were among the main priorities of the declaration adopted at the 7th European Summit of Regions and Cities in Bratislava. 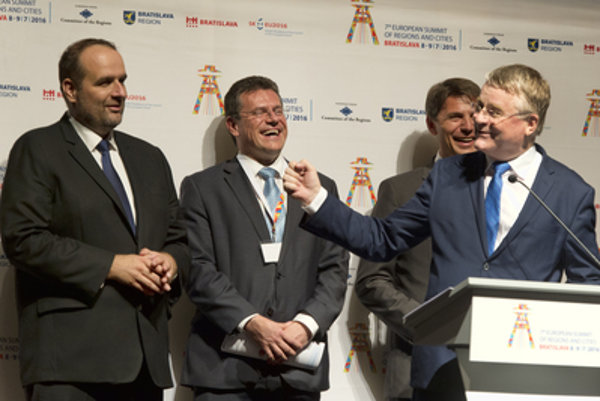 The summit of European Union’s cities and regions took place on July 8-9. The final declaration, named Bratislava Declaration, offers eight general solutions which still need to be analysed, however, according to President of the European Committee of the Regions Markku Markkula.

“We’ve got a stronger basis for implementation of the city agenda in the EU,” Markkula said, as quoted by the TASR newswire. “We must significantly boost local governments and make decentralisation more functional. We need a strategy for local and regional players, a scope for creativity and more innovation of the public and private sectors. We also need to simplify the regulatory framework and bolster the policies of inclusion and cohesion. People must become more involved in dialogue,” Markkula summed up. 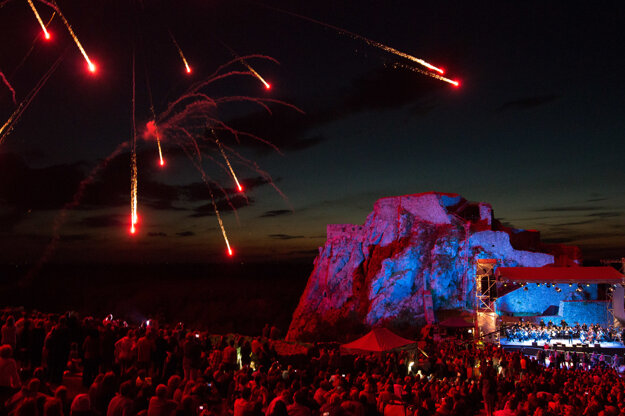 The "Music of Europe" concert at Devín Castle was part of the summit. (Source: SITA)

The solutions include, for example, an urge to reduce red tape and remove obstacles to private and public investments. Entrepreneurial thinking, local approaches, digitalisation and innovations must provide a basis for EU governance and strategies of long-term development. Public budgets in support of quality investments must be put in harmony with financial resources at the local, regional, national and European levels. Also, the cities and regions want to boost human capital and connect people, companies and investments at the local and regional levels.

“We want to use the EU’s strategic investment package to the maximum, and use it in cities and regions. Following Brexit, I’ve got a feeling that we must speed up these efforts,” Markkula said. “Investments need to be targeted well, and this is what the action plan of the Bratislava Declaration is aimed at.” It may well be grounded in the fundamental pillars of European policies – including Energy Union, smart transport and the EU’s city programme.

The Bratislava declaration also states that local players need to be given more powers in order to use their potential in connecting investments, which must be focused on sustainable and smart solutions in energy, transport, health care and social issues.

For two days, about 200 representatives of regions from across the whole EU, as well as guests from around the world, discussed the topical issues, including the simplification and operation of cohesion policy, i.e. also drawing of EU-funds.

The third industrial revolution, which is about new communication technologies, new energy resources and new kinds of mobility, will have effects on all spheres of society, requiring a change in infrastructure from the second industrial revolution, Jeremy Rifkin said. Cities and villages will become self-sufficient in energy terms within a few decades, producing energy from renewable resources, such as solar and wind energy. Thus, energy companies will not profit on energy production any longer, and they will have to look for business opportunities elsewhere, believes Rifkin. “Regions will have to cooperate more. If they don’t do it, we’re lost,” he said.

State Secretary of the Slovak Foreign Ministry and Government Proxy for Slovakia’s Presidency of the Council of the EU Ivan Korčok said that key issues of the summit – a need for a boost in investment and better cross-border connections – are fully in line with Slovakia’s EU presidency agenda.

Regions and cities will play an ever more important role in the EU, Šefčovič said, as quoted by TASR. He went on to say that the talks in Bratislava have confirmed this; it is cities and regions that decide on governance of public city transport, on individual buildings receiving construction permits and on development of local infrastructure. He also expressed his expectations that the role of cities and regions will further rise.

“The strongest message of this summit is – let us overcome what we fear, in the form of cooperation at the lowest level,” Bratislava Regional Governor Pavol Frešo said, as cited by the SITA newswire. “Regions and cities are able to agree very quickly on specific solutions. The message is clear: let us give less red tape and more cooperation to where it is needed, among people.”