Price of cigarettes and payroll levies to increase

Tax changes should fill the gaps after pre-election spending. 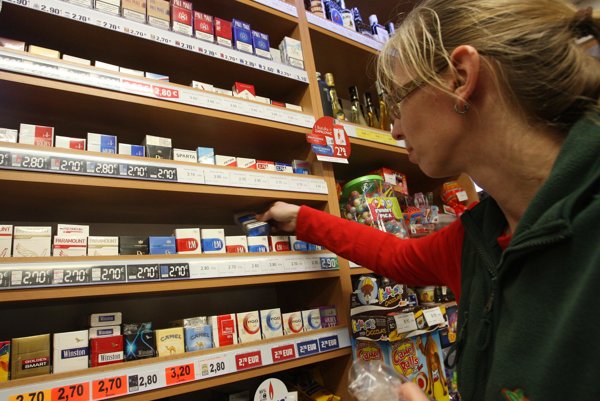 Though the government pledged to abolish tax licences as of 2018 and increase the caps on flat-rate expenses for sole proprietors in its programme statement, neither of these occurred in the draft tax changes the Finance Ministry submitted for interdepartmental review, the Sme daily wrote.

The only positive change in the package is a decrease in corporate income tax from 22 to 21 percent.

“I perceive the drop in rate positively, but the space is much bigger,” Martin Vlachynský, analyst with INESS think tank, told Sme, adding that the incomes from taxes and payroll levies will be by €2.4 billion higher in 2016 than in 2013 prognosis.

The deficit will be reduced by only €400 million compared with the prognosis. As a result, the additional money has not been used to decrease taxes or the deficit, he added.

Moreover, the 21-percent rate will remain one of the highest in the region, Vlachynský told Sme.

Most taxes will go up

The rest of the proposed tax measures are aimed at increasing the income to the state budget, according to Sme.

The government proposes to increase taxes on tobacco products, which may increase the price of one package by 6 cents or more. The tax should gradually increase until 2019. By 2020 the state should receive €200 million more than now.

“The aim is to stabilise the tax incomes from tobacco products, prevent their drop and achieve balance with the goals of health protection,” the ministry informed, as quoted by Sme.

Another proposal concerns the increase in payroll tax levies for regulated industries, like companies active in energy, insurance, public health insurance, telecommunications, postal services or aviation sectors. The levy was to be temporary, but the government decided to prolong it and double the rate from 0.00363 percent to 0.00726 percent. As a result, the incomes to the state budget should increase by €76 million.

“The companies will probably reflect this in higher fees or prices,” prognosticator with the Slovak Academy of Sciences Vladimír Baláž told Sme.

In addition, the draft tax changes propose to abolish the levies from dividends to health insurers which currently amount to 14 percent. Instead, the ministry proposes to introduce a new 15-percent tax.

Baláž considers it a good step as the current rules favoured financial groups and foreign monopolies. INEKO analyst Peter Goliaš, however, warns the new measure will decrease the attractiveness of Slovakia in the eyes of investors and will also slow down the economic growth, Sme wrote.