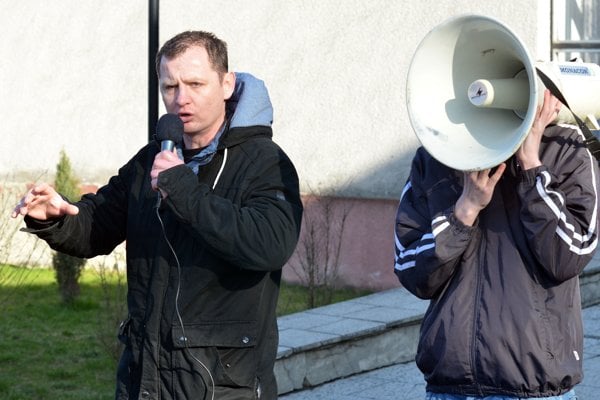 The Supreme Court has accepted the appeal of far-right extremist Marián Mišún and dismissed the original verdict for burning a flag of the European Union in front of the Bratislava Castle back in 2012.

In their previous rulings, both the Bratislava I District Court and the Bratislava Regional Court found him guilty of disorderly conduct, the TASR newswire reported.

The senate led by Štefan Michalík decided that the courts violated the laws when the proceeding was only one-sided. The courts used only the evidence provided by the criminal authorities, like police hearings and a recording of the incident made by the police officers. They did not want to hear the participants of the incident, according to the senate.

“They violated the principle of equality which is used also by the judicature of the European Court of Human Rights,” Michalík explained, as quoted by TASR, adding that Mišún’s actions were not classified correctly.

As a result, the case was returned to the district court for re-assessment, TASR wrote.

In the original verdict, Mišún and Štefan Potocký were fined €300 and €500, respectively, for burning the EU flag in the end of the protest march titled “Together for a decent and safe life in Slovakia”. Mišún said he has already paid the fine, while Potocký, who is currently in Ukraine, has not done so. He even has not filed an appeal.

He considers his actions an expression of freedom of speech, as reported by TASR.