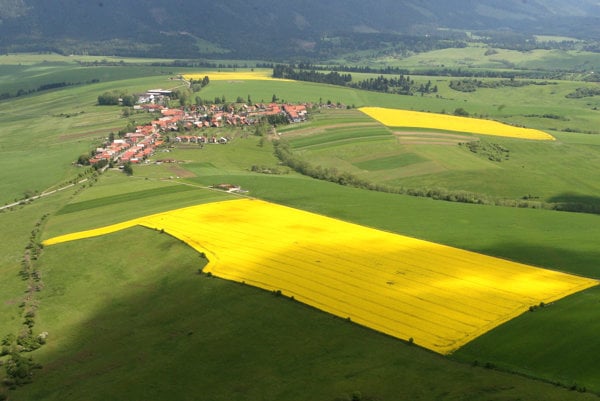 Foreigners should be able to buy arable land in Slovakia without excessive complications.

The Agriculture Ministry plans to liberalise rules for foreigners acquiring land in Slovakia in response to criticism from the European Commission (EC). Opposition MPs have pointed to the unconstitutionality of the legislation as early as during the approval process. The authorities are now obliged to harmonise the national rules with those of the EU by July 2016.

Tougher rules for land acquisition were adopted by former agriculture minister Ľubomír Jahnátek in 2014 to prevent speculative land purchases. The EC considers the act as restricting free movement of capital and hindering the right to settle which potentially discourage cross-border investment.

“If Slovakia fails to harmonise its national rules with the EU ones within two months, the EC might decide to refer the case to the EU Court of Justice in Luxembourg,” Andrej Králik of the Representation of the European Commission (EC) in Slovakia told The Slovak Spectator.

The controversial act requires of foreign buyers to be active in agriculture production for at least three years and have residence permit in Slovakia valid for at least 10 years. A land owner can sell his or her land to a foreigner only when they fail to find a purchaser in Slovakia.

The living period applies only to sales of land of more than 2,000 square metres situated outside the urban area. In Slovakia, there are a total of nearly 7,000 such areas outside and inside villages, the Sme daily reported. 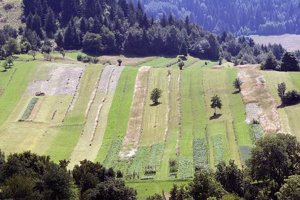 The draft amendment introduced in July abolishes the residence permit requirement. The Agriculture Ministry wants mainly to increase transparency, awareness about market offers and number of preventive actions against speculative buying for non-agricultural purposes, according to Jana Gasperová of the Agriculture Ministry.

“Other modifications may reduce administrative burden and improve access of active farmers to the land,” Gasperová told The Slovak Spectator.

The government is expected to deal with the draft amendment in October 2016. Since the amendment has been presented, the ministry does not expect penalties for infringement of the time limit, Sme wrote.

By now, Slovakia is going through the second phase of procedure about infringement of the EU legislation. Though the EC sent a formal prompt to harmonise rules as early as in the spring of 2015, the answers did not allay fears of discrimination of citizens coming from other EU member states, said Králik.

Králik said that restrictions may follow reasonable targets as they focus on fight against speculative purchases or serve for plans and objectives of the rural development policy.

“Restrictions must be proportionate and cannot discriminate against other EU citizens,” he told The Slovak Spectator.

“Everyone must realize that land, which is an unusual commodity andis not easy to create, serves as a basis for food production and equipment which nobody can take from the country,” Holéciová told The Slovak Spectator.

The EC's pursuit of non-harmonised legislation refers also to Bulgaria, Lithuania, Latvia and Hungary as all five countries used a transitional period for harmonisation of their rules with the EU legislation on the basis of the Treaty of Accession 2003 and adopted new rules when the period elapsed in 2014, Králik said.

In contrast to Slovakia, Hungary did not introduce the act amendment and, therefore, received a complaint from EC in mid-June. EC argued that since the beginning of the proceedings in October 2014, the country has not introduced any measures to rectify current situation, Sme wrote.

Hungarian legislation does not provide space to investors for adaptation, according to the EC. While in the original pacts was intended a transitional period of 20 years, in new act approved in December 2013 the period was reduced to 4.5 months which means for investors withdrawal of the guarantees of the EU Charter of Fundamental Rights, legal security and the property right preservation.

Besides restrictions for foreigners, the original Slovak act does not prohibit mass purchase of agricultural land, experts recalled. In reality, big market players circumvent the act using land as a non-monetary deposit to a company which may be further transferred without any restrictions, said lawyer Mojmír Plavec in an interview with Sme.

Entities from other countries then acquire the arable land by buying the whole businesses including the land they manage, according to Holéciová.

Land protection in the EU

The legislation against buying land is not the only form of regulation. A number of EU countries regulate their markets by setting price limits, although such price ceilings may lead to corruption, said Holéciová.

Holéciová pointed to countries with autonomous agencies for regulation of land sales. France's SAFER agency may restrict sales with very low prices and decide about most appropriate use of the land. In Germany, government set the ceiling for maximum buying-in price, whereby up to 2009 persons with leased land for at least six years could buy land for 65 percent of market prices. Another restriction is size and quality of land.

“Anyone who purchased land had to use it for agricultural purposes for at least 20 years,” Holéciová said, “otherwise, contract became invalid and sale was revoked.”

Other measures are registration fees and utilisation taxes. The highest fee is claimed by Sweden where its one-time amount reaches 30 percent to two-thirds of the acquisition costs. To compare, buyers in Italy are charged from 11 to 18 percent, in Belgium from 10 to 12.5 percent, in Ireland by 9 percent, in Greece from 7 to 9 percent, in Spain from 6 to 7 percent, in Germany by 3.5 percent and in Finland by 4 percent, according to the SPPK.

Holéciová added that tax on agricultural land does not exist in Finland, Greece, Netherlands, Sweden and UK. France has taxes divided by areas, quality of the land and exemptions for young farmers.

“Land markets in particular states are also affected by rules of inheritability of the land and division of the land to various groups according to its purpose,” Holéciová said.

Future of the market

By now, Slovak authorities are discussing all the options including the residence permit requirements. The ministry does not see reasons to make compromises for the EC in their entirety, said Gasperová.

“The Slovak Republic shall be looking for all options of buying land for domestic farmers within limits of the government’s programme statement,” Gasperová said.

Trading with land must have defined rules in order to avoid speculative sales of Slovak land, Holéciová opined.

Králik agrees that national authorities should be able to properly regulate land markets to preserve its use for agricultural purposes and to promote local development.

“However, in terms of attracting investments in rural development, a number of measures is unduly restrictive and discriminatory,” Králik said.