MP of Freedom and Solidarity Peter Osuský slapped Rudolf Vasky in his face at July 11 protest against Smer politicians. On July 13, he went to police to explain his step. 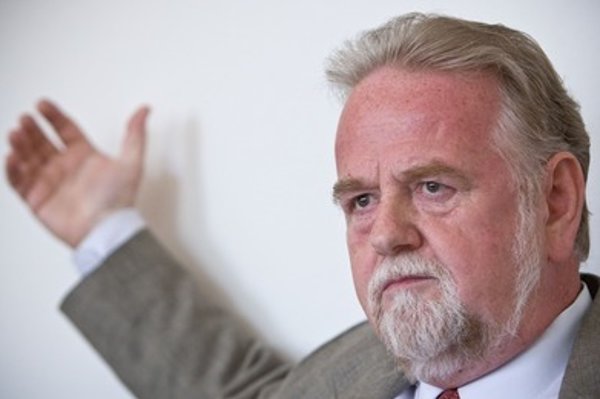 Vasky spreads in the internet videos full of vulgarisms and calls for fight and revolution. He calls politicians bastards who “should be downed”, or “fascist swines”. The latter term enraged Osuský who approached him at Monday’s protest against top representatives of the ruling Smer party organised by opposition.

“The adjective fascist was cause of the slap which I perceive as an educative one,” Osuský told the TASR newswire. “I was addressed by investigator, and so I will explain it.”

In the parliament, Osuský often steps up against totalitarian regimes. So far, he has not made further steps against Vasky; his further activity will depend on the latter’s steps. “I never start disputes, but I do not intend to offer another cheek,” MP said.

He opined that police should act nevertheless, even without his motion. “The content Vasky spreads is infestation of the society,” he said. “Prosecution bodies should notice such activities even without any motion.” Vasky coarsely insults Osuský in the video and threatens that his brain will splash on his wife’s face.

Police confirmed they are investigating all circumstances of the incident, based on publicised information from media.