Slovak cyclist Peter Sagan proved again that he belongs among the best athletes: 12 kms before the finish he made a decisive breakaway and won the 11th stage of Wednesday's Tour de France, his 6th win so far. 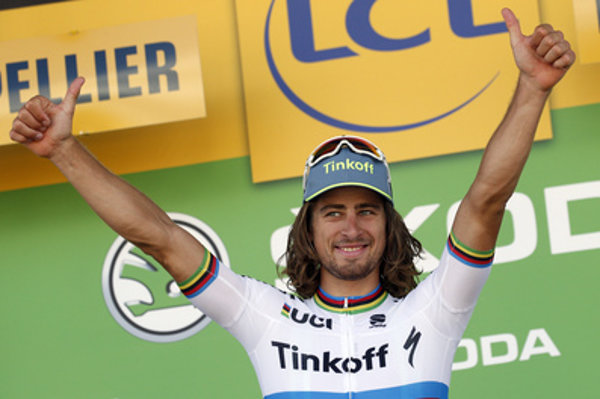 The racer of the Tinkoff team looked back several times at the split peloton and then – together with team colleague Maciej Bodnar of Poland, took off. They were helped by top ranking winner, Chris Froome, with Geraint Thomas, the TASR newswire wrote on July 13.  All four used the breakaway for overall success: Sagan got the stage victory and Froome twelve more seconds of lead time over his rivals.

“In the finals, we met as a group of cyclists who were interested in arriving at the finishing line and we all worked fully so that we arrived,” Sagan said, according to TASR. “It was great, I was cheering – Come on, come on, come on until the finish. I am very glad that it worked out like this. Such  a thing cannot be planned, this can only happen. Today, it happened and I am very thankful for that.” 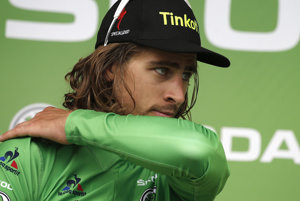 The breakaway was helped by strong wind which tore the peloton into smaller groups but also by the composition of the group of four. “... Thus, four riders met who can make such a pace as not too many of the peloton can,” Sagan said, according to his media manager Matej Vyšňa. “I think it worked out super. Crazy day, crazy victory,” TASR quoted him.

Sagan is quite close to his fifth green jersey in the series, being 90 points ahead of Briton, Mark Cavendish, and 107 ahead of third placed, Marcel Kittel. Sagan’s rivals from the peloton also praised Wednesday’s feat, according to local press.