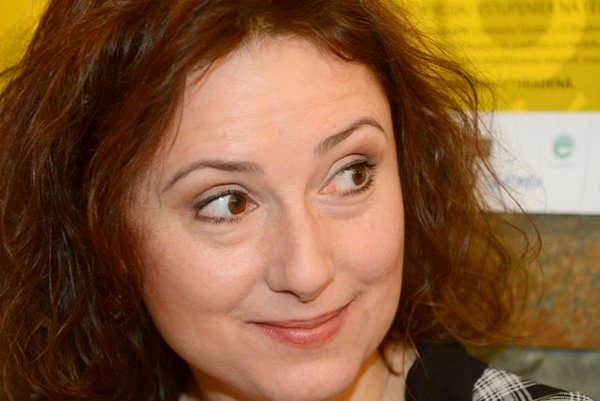 The female teacher who lectures in Russian language, explains the history of revolution and manages to involve students in the smooth functioning of her household – that is the main character of the co-production movie, directed by Czech Jan Hřebejk but featuring many Slovaks. She also asks parents to help her with problems she cannot or is not willing to solve, and indirectly hints that students will suffer if they do not oblige.

“I once read an interview with director Jan Hřebejk,” Mauréry said when receiving the prize in Karlovy Vary, as quoted by the Sme daily. “He said he would like to cast a less famous actress in his film. I though it would be great if he went to Slovakia to look for her – but I did not quite believe it.” She added that Hřebejk originally wanted to make only a TV movie, and it was a surprise that the film finally made it to the main competition in Vary. He shot it in Slovak language, with Slovak actors and in majority Slovak co-production.

The film reflects the fears and courage and characters exposed to manipulation, be it social or personal, Sme wrote.

Hřebejk himself sees his film as not primarily political one “but it is difficult to avoid this label”, he added for the TASR newswire. Hřebejk suggested that the film – to be distributed in Slovak cinemas from July 21 – is very emotional, especially the issue of manipulation. Script-writer Petr Jarchovský adds that the movie takes place in the early 1980s and contains some features that were conditioned by that era; but also some timeless dilemmas.