Governing coalition party Sieť / Network has no candidate for its new leader at the moment, even though it is supposed to elect one at an extraordinary party congress in Trnava on August 13. 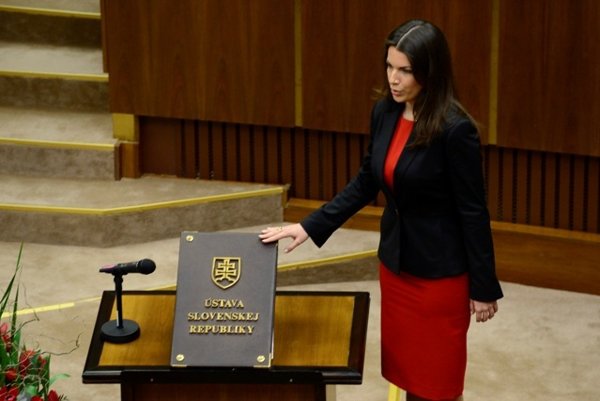 Five Sieť MPs – Katarína Cséfalvayová, Andrej Hrnčiar, Martin Fedor, Eduard Adamčík and Igor Janckulík – who are critics of current party leader Radoslav Procházka are reportedly seeking an agreement on a candidate with Procházka in order to prevent even bigger splits within the party. The new leader should come from among these five MPs.

Procházka will not run for the post, according to the TASR newswire’s sources.

He has not yet taken up an official position on this, however. “He’s neither ruled out, nor confirmed his candidacy,” Sieť spokesperson Karmen Németová told TASR. He’ll announce his stance to his fellow party members first.”

Katarina Cséfalvayová has been named as a potential candidate for the party leader post. She has not confirmed her candidacy and has declined to comment on other people. “We haven’t discussed candidates yet. It would be premature to provide any names at the moment,” she told TASR.

In fact, the name of Transport Minister Roman Brecely (a Sieť nominee) was mentioned some time ago but he said that he has no ambition to become the Sieť leader. “I haven’t received any offer like this,” Brecely said. “I only received an offer from the party presidium, from Mr Procházka, to manage the Transport Ministry, and not the party.”

The five MPs named have officially declared that they Do not trust Procházka any longer and that he does not have the potential to lead the party. They have set up a so-called Platform for Responsible Policies.