The increasing danger of extremism has been the main topic of a mid-May discussion in Banská Bystrica attended by former US skinhead Christian Picciolini. 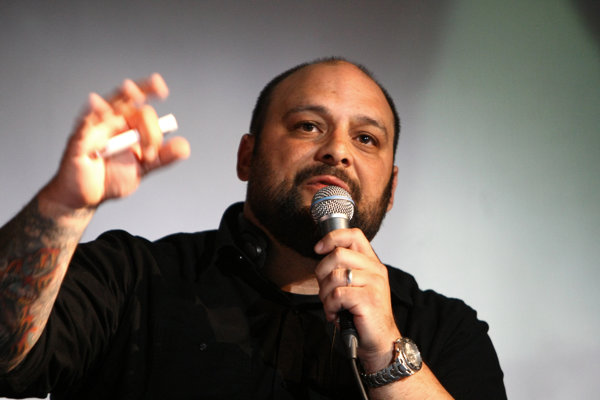 The discussion was organised by the US Embassy in Bratislava in cooperation with the Open Society Foundation.

Picciolini joined an extremist movement the Chicago Area Skinheads at the age of 14 when he was “like most teenagers”.

“I came from a good family, I was playing football, chasing girls, but I was not very successful as I had low self-confidence, I did not know who I was,” Picciolini told the audience, as quoted by the Denník N daily.

He was lured to the movement by a person who was the first adult that seemed to care about his problems and showed some interest in solving them. Picciolini became the leader of the Chicago Area Skinheads two years later.

“I did not have racism in me,” Picciolini continued, as quoted by Denník N. “I come from an immigrant family which was the victim of prejudice itself. They taught me about racism in the movement and I was teaching others.”

During his time among skinheads, he also founded a band called Final Solution. It was the first neo-Nazi band from the US to play a concert in Germany in front of 4,000 skinheads.

Picciolini, however, left the movement at the age of 22. Among the reasons was the birth of his children. He also started learning more about people he used to hate. Now he tries to fight extremism by spreading the philosophy of non-violence. The change did not happen immediately, but it took several years, he admitted.

Picciolini now travels around the world and tells his story. He also established a group called Life after Hate to help people who have also left the extremist movement and published a book, Romantic Violence: Memoirs of an American Skinhead, where he warns of the radicalisation of youth. The extremists do not change ideology, but methods and rhetoric, he said, as reported by Denník N.